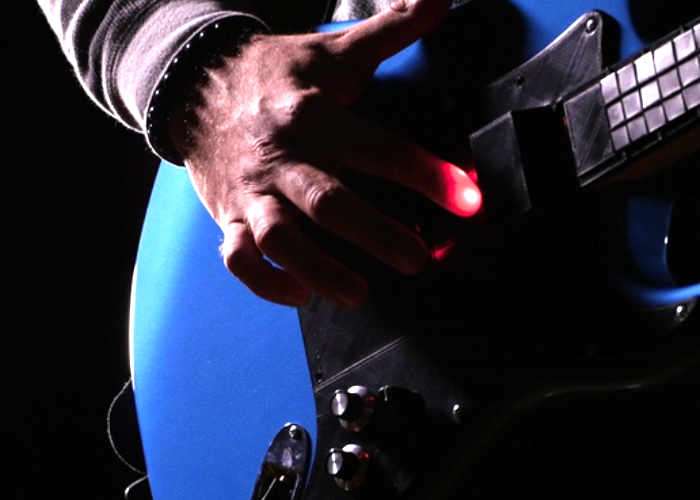 Panzer Electronics based in San Diego has created a new string this MIDI instrument called the Panzer Guitar that plays any sound imaginable, allowing musicians to push their creativity to the limit.

Watch the demonstration video below to learn more about the Panzer Guitar and the inspiration behind it. As well as the technology which has been included and is capable of removing the traditional strings you would normally have on electric guitar.

The development team at Panzer explain a little more about the MIDI instruments designed and features :

The Panzer Guitar is an instrument like no other, allowing you to play thousands of different sounds while retaining the look and feel of a traditional electric guitar. Use your computer’s USB port to play any synth at a moment’s notice. Incredibly intuitive, the Panzer Guitar is easily played by inexperienced and veteran musicians alike. Use it both in the studio for streamlined music production and in the garage to jam out alongisde your friends. With the Panzer Guitar, anything is possible.

– Say goodbye to sore fingertips and strained wrists. The Panzer Guitar is completely stringless, instead using smooth aluminum touchpads. Your fingers will glide across this fretboard with ease.

– No pick? No problem. Just block the path of a laser with your finger to play a note. It’s that simple. Better yet, use two or three fingers at once to take your song to the next level.

– The Panzer Guitar is a MIDI instrument that communicates with your computer just like a USB keyboard does. Use it with any music software, including Pro Tools, Ableton Live, FL Studio, and Logic Pro. With so many software options, a plethora of different sounds are at your disposal.

– Fine-tune your sound on the fly with ease using the set of four ancillary knobs. Use them for macro control to alter your sound in middle of a song, or for patch selection to change sounds completely. In addition, you can use the octave shifter to access a whole range of notes that a traditional guitar could never reach.

For more information on the new Panzer Guitar jump over to the Kickstarter website where the instrument is available to back with pledges starting from $699 for super earlybird backers, and shipping expected to take place during October 2017.