Panasonic has announced that it has applied some updates to one of its semi-rugged convertible notebook computers. The machine is called the Toughbook CF-C2 and the updates bring more runtime and performance. One of the biggest updates is the addition of 4G LTE multi-carrier broadband as an option. 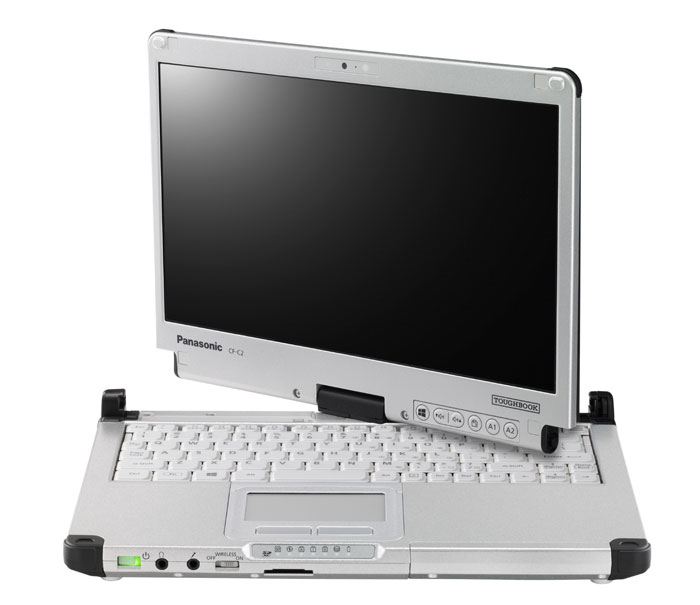 The machine also gets a larger battery bringing 14 hours of continuous use per charge. That is three hours more runtime than the previous version offered. Panasonic is also updating the machine to Windows 8.1 with the option of downgrading to Window s7 Pro.

The convertible notebook has the same swiveling screen that can be used as a tablet or as a notebook computer with attached keyboard. The processor has been updated to an Intel Core i5-4300U vPro. The CPU runs at up to 2.9GHz with Intel Turbo boost technology. The machine has Intel HD Graphics 4400. The camera has been updated with a 1.2MP front camera with integrated mic and an optional 5MP rear camera.

“Even as technology evolves, at the core all our customers are looking for the same thing – performance, reliability, connectivity and flexibility,” said Kyp Walls, director of product management, Panasonic System Communications Company of North America. “We’ve made significant improvements to each one of these attributes for the Toughbook CF-C2, and we expect it to continue to be one of the most versatile and popular models in our Toughbook line.”