Panasonic’s new Eluga smartphone has arrived in Germany this week, and is now available to purchase from two online stores, Amazon and GetGoods, for around €400. The Panasonic Eluga smartphone is equipped with a 4.3 inch qHD touchscreen, powered by a 1GHz dual-core processor, supported by 1GB of RAM, running Android 2.3.6 Gingerbread. 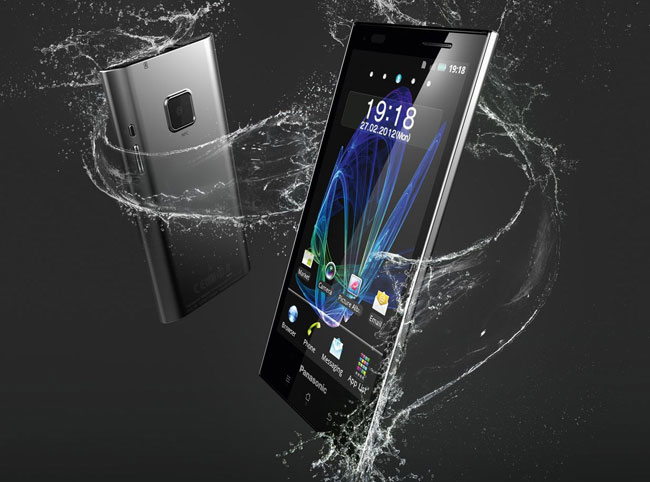 On the rear of the Eluga smartphone is an 8 megapixel camera, and on the front a noter for video calls. Conectivity is provided by HSPA+ and Wi-Fi, and it comes equipped with 8GB of internal memory. Panasonic explains a little more about its new Eluga smartphone:

“The ELUGA – whose name stems from the phrase ‘elegant user-oriented gateway’ – weighs in at just 103g, making it the lightest Android™ smartphone in Europe. As well as being waterproof, the ELUGA packs one of the largest screen ratio on the market – with a display comprising 66% of the phone’s body, thanks to its super-thin frame.”

The Pansonic Eluga will be arriving in the UK on April 24th priced at around £365.