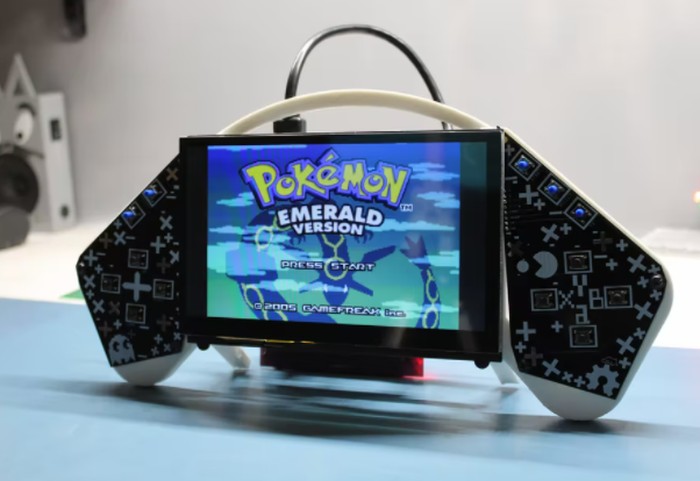 Powered by a Pi 3 model B mini PC the second-generation PALPi Raspberry Pi handheld games console has now been built by maker, gamer and Raspberry Pi enthusiast Arnov Sharma. Details of the build have been kindly published to the Hackster.io website, providing full instructions on how you can build your very own pie games console. Check out the videos embedded below to learn more about the project and how to build your own Pi handheld.

“This is the PALPi v2 which is a huge handheld retro gaming console powered by a Rpi 3 B+. The goal for making this project was to make a low-cost game console like a Nintendo Switch or Steam Deck that can run most retro games that I enjoy. For Example, Old DOOM, WOLFENSTEIN, Pokemon Games Etc.

This console has more than 40 games preloaded on it. also, we can add any game on this console. for example, I’ve loaded dragon ball advance adventure on this game console through WINSCP or by manually transferring ROM File on the memory card. (will explain more about this process later in the post)”

“To upgrade that setup I prepared the V2 which is now powered by a Raspberry pi 3 B+ and had a 7 inch IPS display that is connected to Rpi with an HDMI Cable. Previously I made V2 but it was unfinished as it doesn’t have custom Buttons and a power distribution board. To Run PALPiV2, I wired it with my PALPI v1 PCB to just prove the concept that it can work with this setup if we change the shape of the PCB.

It Worked so basically all I had to do was to design two Button boards for the left side and right side buttons pad along with a Power distribution board which also breakout GPIO Pins from RPI headers to separate connectors for connecting the Buttons.”