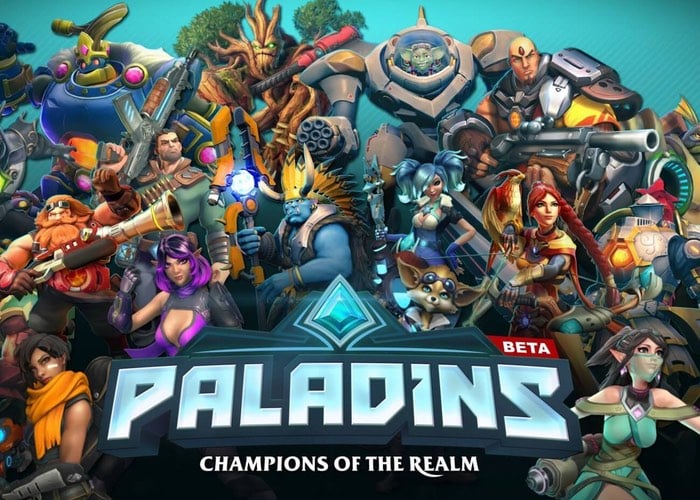 A new trailer has been released providing a glimpse at what you can expect in the Paladins Closed Beta development stage that will be available on PlayStation 4.

PS4 beta signups are now open by the official Paladins website for anyone over 13 years of age, check out what you can expect from the heroes within the free-to-play game via the link below.

Enter a fantasy world of ancient technology in Paladins, a team-based shooter with strategy elements and deep character customization. Through a unique collectible card system, players can amplify and augment a character’s core set of abilities to play exactly how they want to play.

Paladins is set in a vibrant fantasy world and features a diverse cast of Champions ranging from sharpshooting humans to mech-riding goblins, mystical elves, jetpack-clad dragons, and bomb golems. Each Champion brings a unique set of abilities to the battlefield and new Champions are regularly added to Paladins, keeping the game exciting.

Players collect unique cards for each Champion and build decks that empower their personal play styles. Gamers start with a basic deck of cards and unlock additional cards as they play, opening the door to creative new decks that radically change how Champions play. Players may further tweak their decks in-game with Items, making themselves stronger or counteracting opponents’ strategies.

Paladins is completely Free-to-Play. Anything that affects gameplay can be unlocked simply by playing, with cosmetic items available for purchase.