PadPivot that has just started its project on Kickstarter looks like a fantastic solution to a common problem with all tablet, you have to use one hand to hold them.

The PadPivot allows you rest your tablet on your thigh and keep both hands free if required and has been designed for use with the iPad, Galaxy Tab, Kindle, or any other tablet device. Watch the demo video after the jump. 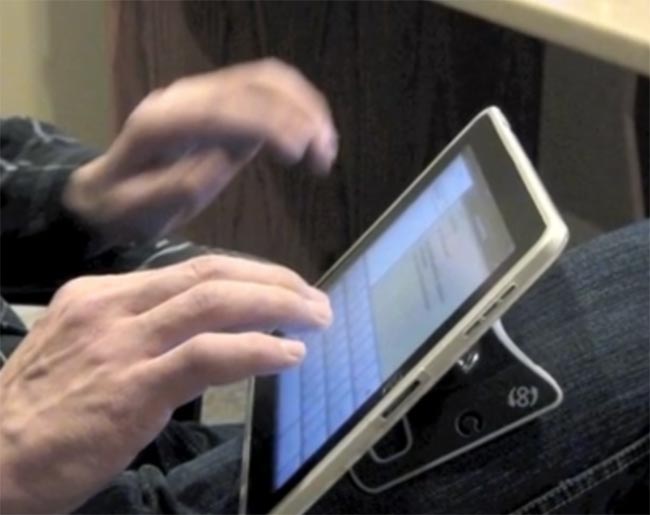 On the back is an adhesive patch that attaches the PadPivot securely to your tablet. Its has a hinged design allowing it to be easily folded and put in your pocket for easy transport.

You can make a pledge to get the design off the ground over at the KickStarter website.

PadPivot is the brainchild of Canadian inventor Bernie Graham in collaboration with Seattle based industrial designer Jim Young who met, collaborated, and ultimately prototyped this entire project over the internet.