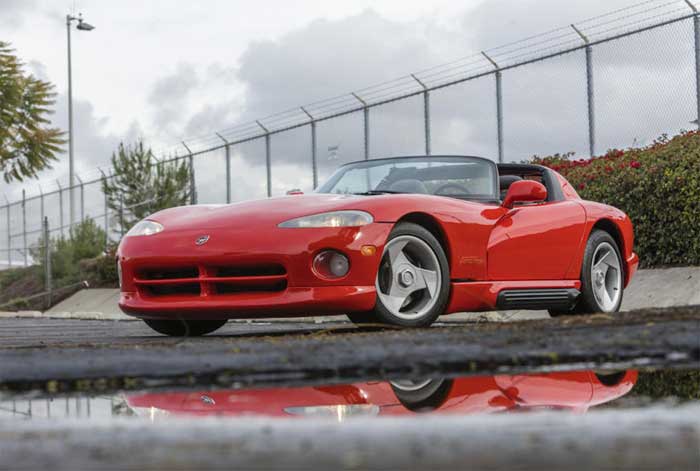 One of the coolest and most iconic cars that Dodge ever made was the Viper. This red 1992 Dodge Viper is special for a pair of reasons. One, the car was owned by automotive industry icon Lee Iaccoca. The second is that this was the first Viper RT/10 to come off the assembly line at the Mach Avenue plant.

The car wears VIN 001 and is all original. It has a bit more than 6,200 miles on the clock. The car would bring big money just for being the first one off the line.

Add in the auto industry celebrity owner, and the auction house predicts big money. Bonhams says that the Viper will sell for between $100,000 and $125,000. The car will go up for sale on January 16.