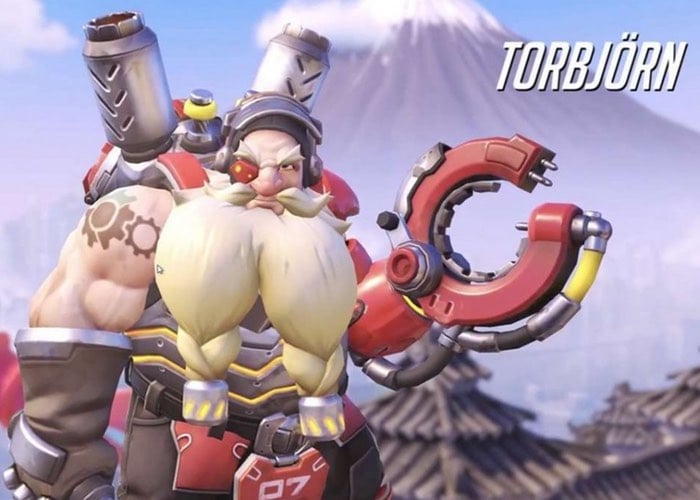 It has been confirmed by Blizzard today that they will be carrying out a nerf on Overwatch Torbjorn Turrets sometimes towards mid to late July, so if you are enjoying playing a character you can expect a 30 percent damage nerf to take effect next month.

Although the nerf will only be taking effect on console systems and not on PC versions of the game. This is due to the extra precision that is capable using a mouse and keyboard rather than a games controller. Its also great to know that Blizzard is listening to the Overwatch community.

Everything about this game is fun EXCEPT for the fact that Torbjorn is in it. He just completely ruins the game for everyone. I have a 51% win rate overall, so I’m just pretty average at the game. However, my Torb win % is 80%, and I’ve played him a bunch so that’s not just a couple wins. Every other match is basically whether a team can successfully turtle with their Torb (or, more likely, your 2 or 3 Torbs). If correctly combined with a Reinhart and some good players, some maps are virtually unwinnable on attack.

This game is super fun other than him. The heroes feel varied and bring entirely different play styles which are fun and unique. However, inevitably playing “kill the turret and try to make a push before they can set up again” is super fucking boring and ruins the experience.

I know I’ll get flamed for this, whatever. I know there are posts about this every day but the posts need to KEEP COMING so that something can be done about it.

EDIT: Wanted to add that everything that is wrong with him is compounded by the fact that there is inherently less coordination on console due to the inability to type to each other. Taking down a relatively ‘good’ team who are turtling with Torbs takes a great deal of coordination, which is nearly impossible on console unless you are using mics, which is uncommon. Most games the rest of my team just throws themselves one after another at the turrets and die and it’s just even worse DOUBLE EDIT: Blizz responded! 30% damage nerf coming up