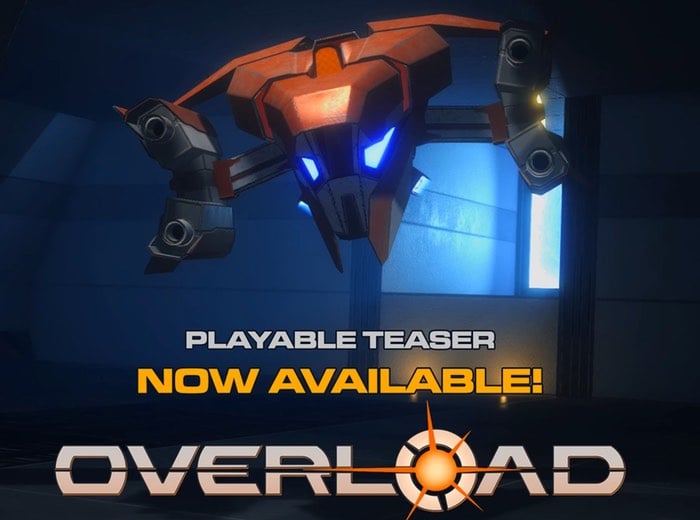 Coming to the end of its Kickstarter campaign Overload a six-degree-of-freedom shooter is edging closer to its goal of raising $300,000 and needs final push to raise the last $11,000.

An Overload playable teaser has been made available to whet your appetite before the games official launch giving you a fell what you can expected from the gameplay and help you part with your hard earned cash.

To learn more about the game watch the promotional video below. The developers of Overload Revival Productions explain more :

For the last 24-hours of our campaign we’re live-streaming as we watch the progress toward our goal. We’re playing Overload (and other games), talking about Descent and Overload, and giving away cool stuff. Come watch!

This version is Windows only; our apologies to our Linux and Mac (and PS4 and XB1) backers. To play the direct download version, just unzip the file and double-click on “OverloadPlayableTeaser.exe”.

We’ve put his demo together in a hurry, and though we’ve done as much as we can to make it perfect, it still has some rough edges. And of course we’re still very early in development — we’re showing off a few sample levels and some cool weapons and robots, but there’s lots and lots more to come.

Please, share this with everyone! We want as many people as possible to get hands-on experience with Overload. We are proud of this project and feel the teaser shows the potential of where Overload will go with the right support.

For more information on the new Overload game and to make a pledge to help the game hits its target jump over to the Kickstarter website for details via the link below.