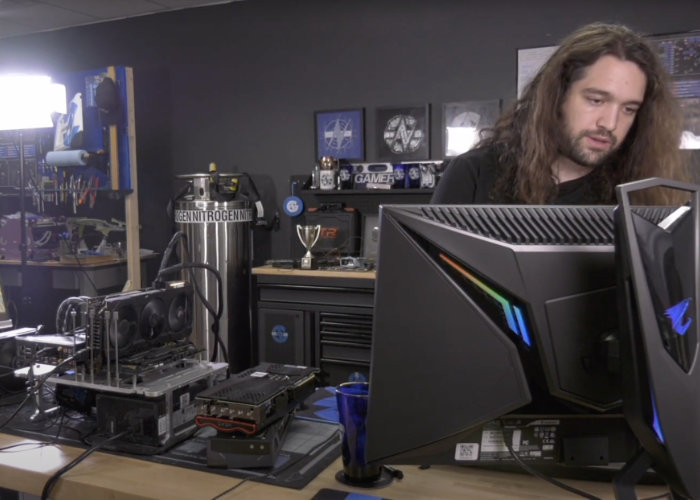 YouTuber Gamers Nexus has overclocked three of the new and recently launched RTX 3080 Custom Cards from ASUS, Gigabyte and EVGA showing you what you can expect from the performance of the latest RTX 3080 graphics cards which are now on sale priced at around $700.

“We’re going to use 3DMark (mostly Port Royal) for 3D graphics benchmarking. Our goal is to quickly bin our RTX 3080s to find the best one, because we’re going to need to put one of these under liquid nitrogen for overclocking this weekend with Joe from Bearded Hardware. Initial overclocking efforts are focused on the air coolers (stock coolers) and on figuring out who has the highest power target, which is the most common limiter. We may have to do shunt mods to expand it further.”

The new NVIDIA GeForce RTX 30 Series GPUs, the 2nd generation of RTX, features new RT Cores, Tensor Cores and streaming multiprocessors, bringing stunning visuals, amazingly fast frame rates, and AI acceleration to games and creative applications. Powered by the NVIDIA Ampere architecture, which delivers increases of up to 1.9X performance-per-watt over the previous generation, the RTX 30 Series effortlessly powers graphics experiences at all resolutions, even up to 8K at the top end. The GeForce RTX 3090, 3080 and 3070 represent the greatest GPU generational leap in the history of NVIDIA.” 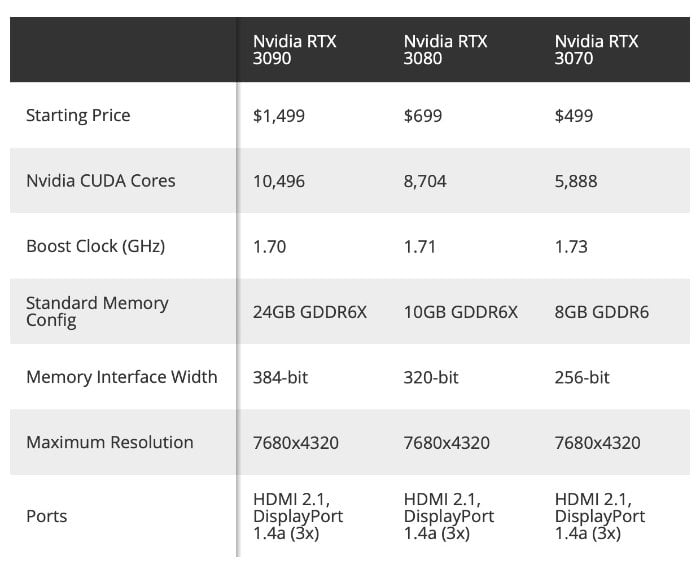 “Delivering the latest NVIDIA Ampere architecture experience in its purest form, the ASUS Dual GeForce RTX 3070 melds performance and simplicity like no other. Leveraging advanced cooling technologies derived from flagship graphics cards, the Dual opts for substance over style, the perfect choice for a well-balanced build.

A clean shroud matches the aesthetic of workstations and decked out gaming rigs alike. Two tried-and-true Axial-tech fans provide ample airflow and the fans come to a halt automatically at low temperatures.