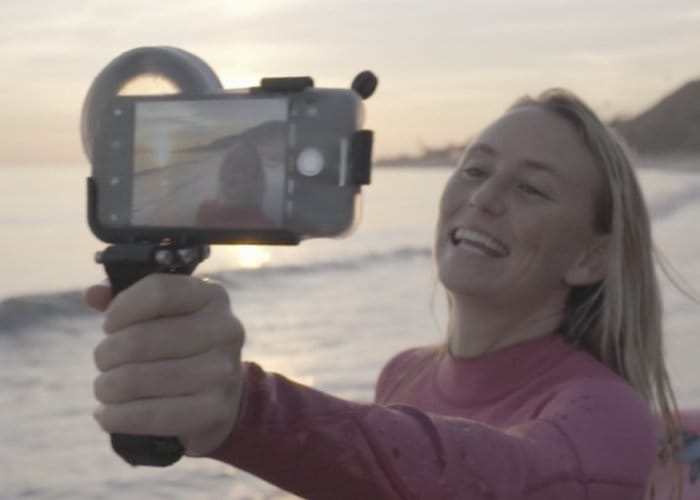 If you would like to protect your smartphone from water damage or take your smartphone under the waves to capture your adventures, you may be interested in a new smartphone waterproof case called the Outex. Fully enclosing your smartphone in a protective case the Outex also provides an easy way to steady your smartphone and includes a photo and video action trigger to enable recording without the need to tap your touchscreen. Watch the demonstration video below to learn more about the waterproof smartphone case which is now available via Kickstarter with early bird pledges from $99.

The Outex waterproof case is capable of taking your smartphone to depths of 10 m or 33 feet underwater.“Take advantage of your phone’s image-capture capabilities in any environment with confidence. Get professional results from a proven water-housing in the space. Outex is now applying its patented engineering towards smartphones, so you can also take advantage of the camera that’s always on you. Don’t get caught without protection. We’ve got you covered.”

– Transforms your phone into a go anywhere image capture tool, with all its versatility, power, and sharing capabilities
– Assists flotation
– Accessory Pistol Grip with trigger for one-hand operation and Dome lens for superior underwater and split-level (half & half) photos

If all goes well the Outex waterproof case is expected to start shipping to backers during April 2019. For more information and a full list of all available pledges jump over to the official Outex Kickstarter campaign page by following the link below.