Using the PSoC 3 device in the iMSO-104 allows it to seamlessly manages the two-way communication between the oscilloscope and any iOS device via Apple’s proprietary dock connector. Allowing it to process both the incoming analog and digital signals and is the first to use Apple’s iOS devices. 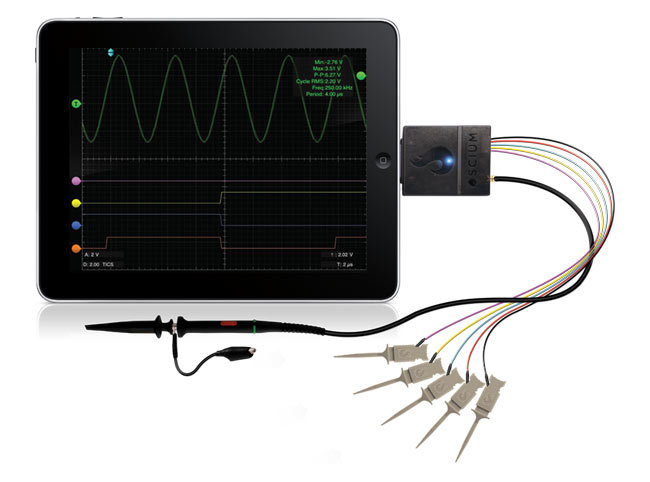 It has a 5 MHz bandwidth and up to 12 MSPS (megasamples per second) sample rate, while simultaneously analysing up to one analog and four digital signals at a time. 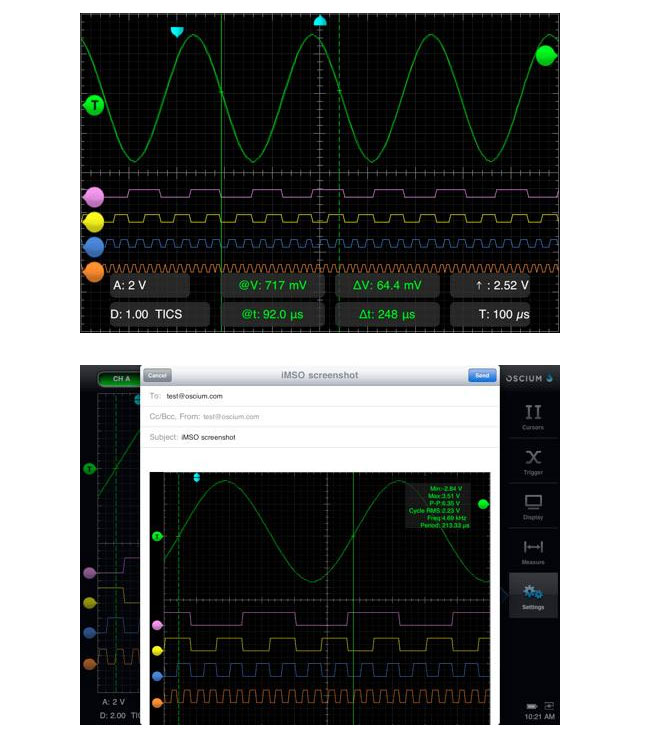 Its been designed to be used with the iMSO app which is free to download from the Apple iTunes Store and the iMSO-104 is available to purchase for $279.99. from the Oscium website.