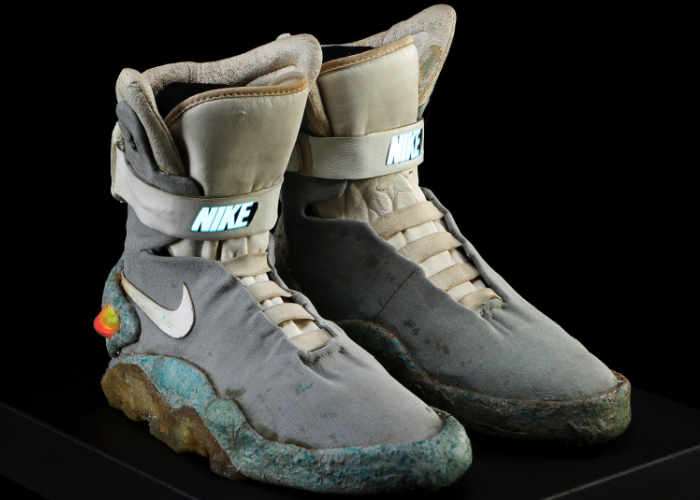 Back to the Future fans that would like to own little memorabilia from the second film in the series Back to the Future Part II, are sure to be interested in these original Nike Mag Shoes which are now up for auction and expected to fetch around $46,000.

The original Nike Mag Shoes are not actually self lacing but they do include a couple of lights on the heel you can see illuminated in the image below. 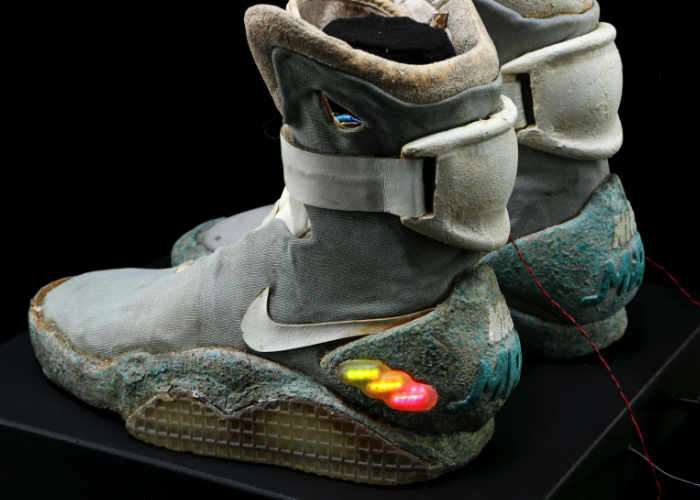 The shoes are not quite as spry-looking as when the film was released in 1989, but it’s fun to get a good look at the prop. Note the textured blue-flecked foam sole coming up around the shoe, the LED lights in the heel and the glowing Nike logo on the ankle straps.

The self-lacing action seen on film involved a bit of movie magic, so don’t expect these prop shoes to tighten themselves. Several versions were created in order to achieve the various special-effects requirements for the self-lacing sci-fi shoes; this pair is a light-up walk-around version.

Jump over to the Prop Shop to place a bid via the link below.