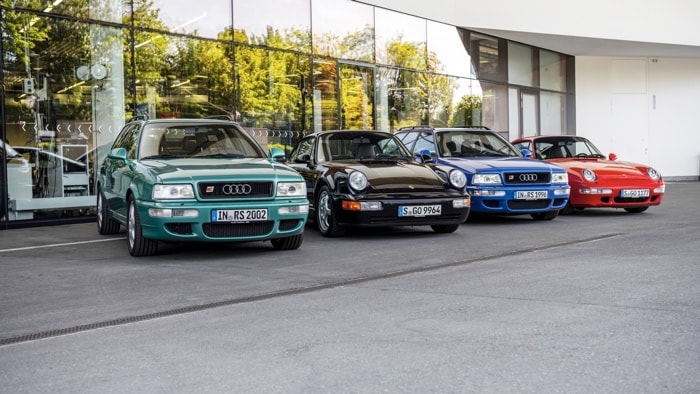 Not many people know that the original Audi RS2 Avant was a joint venture between Audi and Porsche, the car was the first estate car to hit 250 km/h and it is one of the most iconic estate cars ever produced. The car launched back in 1994.

Audi have gone on to produce some amazing estate cars like their super fast Audi RS6 and now we get to find out more details about their original Audi RS2 Avant.

In the video below the Audi RS2 Avant returns to Zuffenhausen and goes for a drive with a classic Porsche 911 in the form of a 964 model.

A day in the life of the Audi RS2 Avant – the record-breaking car returns to its birthplace in Zuffenhausen. Developed collaboratively by Audi and Porsche, it became both the world’s fastest estate car and the first Audi to smash the 250 km/h barrier when it launched in 1994, further wowing with its combination of the space of a family car with a turbocharged driving experience. Join Michael Hölscher, head of the RS2 project at Porsche at the time, and Ralf Friese, corporate historian at Audi, on this very special drive.

Less than 3,000 units of the Audi RS2 this has meant that the price of the cars have increases significantly over the last few years and a good one will set you back around £50,000 or more in the UK.