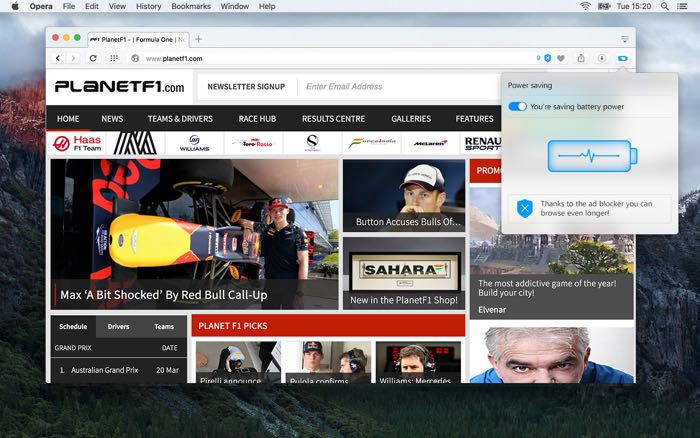 Last month Opera launched a new power saving mode in the Opera Browser which was designed to increase battery life on your notebook whilst surfing the web.

The power saving mode was initially released to the beta version of Opera and now the company has rolled the feature out in its latest Opera release.

Last month, we made several tests to find out how the battery saver performs. In some tests, the feature increased the battery life by as much as 50% comparing to other browsers, such as Google Chrome.

After the initial release in the developer stream, some of you have been asking for more detailed test results. Together with the beta release, we presented a breakdown for the the initial tests as used for the developer release.

You can find out more details about the latest version of Opera over at the company’s website at the link below.