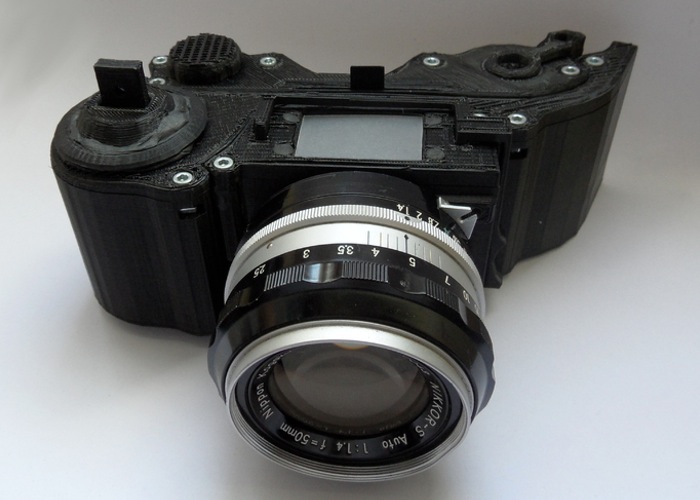 Photographers looking for a more open source SLR camera that is capable of accepting all types of film whether it be a 35mm, medium format or Polaroid. Might be interested to know that the 3D printer camera called the OpenReflex.

Which we featured here on Geeky Gadgets nearly a year ago has now started a crowd funding campaign for €5,000 to help it become a reality and offer photographers a very unique camera body to use.

Making a pledge of €80 will provide you with an SLR camera body kit (without a lens) for you to assemble. However if you have deeper pockets you can also purchase a fully assembled OpenReflex camera for €250 or $340.

The OpenReflex 3D printed camera has been designed by Leo Marius who explains a little more about his creation and the crowd funding campaign :

“The campaign will allow me to make a finished reliable and easy to use OpenReflex,”-“For now it’s still as a prototype, you can already build it, take pictures with, but it’s still very tricky to take picture with, and  some problems need to be corrected.  Big work will also be done on the documentation.

The first Instructables were made very fast, and they are not that easy to follow. I think for the second version, I’ll keep in mind the first OpenReflex Instructable, but I’ll start from nothing again to make clear and simple blueprints with real images.

One of the strengths of the OpenReflex is you can adapt and fix any kind of lens and back,”-“Some digital backs  already exist for some professional medium format cameras, and nothing will stop you from using them with the OpenReflex to have your own DSLR. It’s professional hardware, however, and you will pay twice the price of a normal DSLR just for the back. The project that you create will be much better though.”

For more information on the new OpenReflex 3D printed camera jump over to the KissKissBankBank crowd funding website for details and to make a pledge to help the concept become a reality.