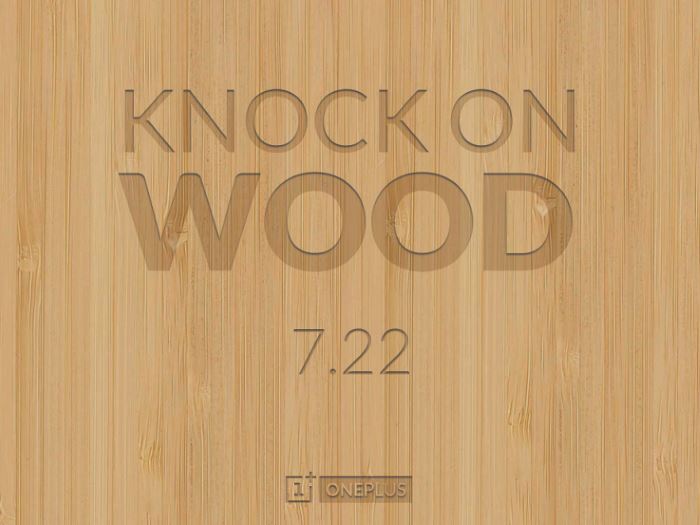 The launch of the OnePlus One wasn’t as smooth as anyone would have expected it to be. It has been full of ups and downs, with delayed shipments and an annoying invite system if you want to score a OnePlus One handset.

Nonetheless, it comes with an amazing set of specifications, and customizations too. Recently, the company posted a teaser on their Google+ page, hinting at the arrival of wood backs for the handset.

The teaser shows a wood-like image with “Knock on wood” engraved and July 22nd date, which could be the time when the company will announce this new customization option. There’s no word if it will be a global launch, but there’s no harm in posting teasers I guess.

As far as the specifications are concerned, the OnePlus One rocks a 5.5-inch display sporting a resolution of 1920 x 1080 pixels, and is powered by a quad-core Snapragon 801 chipset with 3GB of RAM. The handset also offers 16/64 GB storage options, but there’s no microSD card slot for expansion.

On the rear, there’s a 13MP camera for photos and videos, as well as a 5MP front-facing camera. Other features include WiFi, Bluetooth, a 3,000 mAh battery and runs Cyanogenmod based on Android 4.4.2 KitKat.

We’ll update you as soon as the company announces the wood back options.