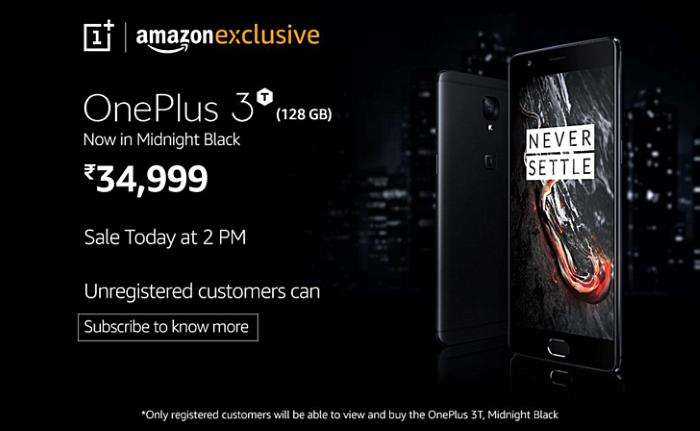 OnePlus has introduced the limited edition OnePlus 3T Midnight Black edition smartphone which is set to go on sale in India later today carrying a INR 34,999 (around $540) price tag.

Customers interested in the new color option will be able to purchase the device from Amazon India website as well as through the Chinese company’s online store.

OnePlus 3T comes with a 5.5-inch display sporting a resolution of 1920 by 1080 pixels, a Qualcomm Snapdragon 821 processor. The handset is also equipped 6GB of RAM, 128GB of internal storage, a 16MP main and front-facing camera for photographs, a 3,400 mAh battery, and ships with OxygenOS based on Android 6.0 Marshmallow as its operating system.

Anyone interested in picking up the new color option of the OnePlus 3T in India?