Growing up I watched the 60s Batman series in reruns during the summer because that seemed to be the only thing on. I honestly never thought of the original Batmobile as being a cool vehicle. One of the six original Batmobiles built for the TV series in the 60s hit auction over the weekend with Barrett-Jackson. 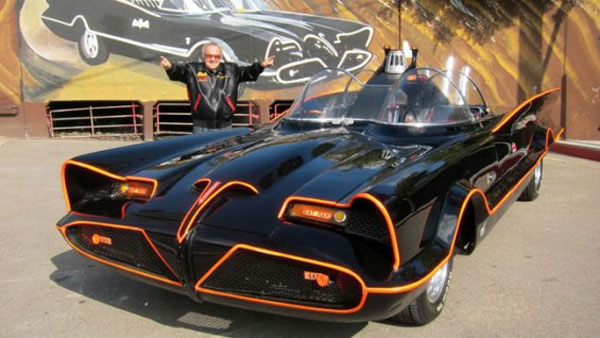 The vehicle crossed the auction block and ultimately sold for $4.6 million. That sales price put it at the upper end of estimates for the vehicle. Originally the construction costs for the vehicle were $15,000 on top of the price of 1955 Ford Futura concept that was purchased for one dollar.

The vehicle has been in the private collection of George Barris, who built all the cars for the original series. The car is also street legal and can be driven on roads all around the country. The new owner of the car is Rick Champagne who says he grew up watching the TV show and was determined to win the auction. The buyer says he’s going to put the vehicle on display in his living room.