If you ever cared about video games, this little story we’re about to share has great historic import. To cultivate and improve the humanistic values of the greater society it serves, the U.S. government created the National Endowment for the Arts (NEA). What it does is bestow grants on artistic endeavors in whatever form. This means publicly funded works that have the official stamp of arthood. For the longest time, however, low brow videogames were denied access to this funding mechanism. 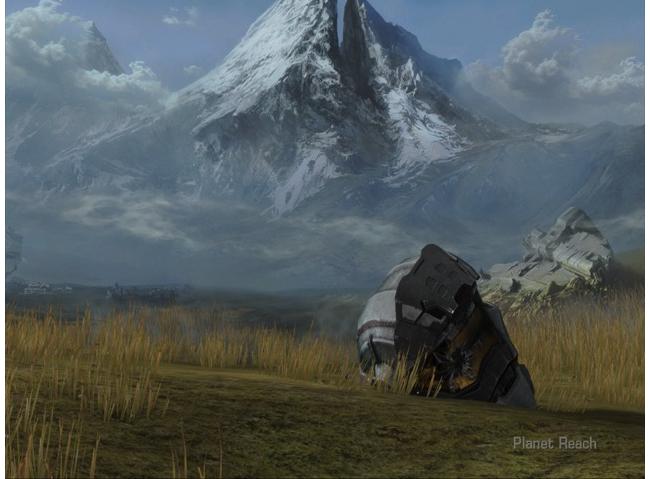 Until now. Pictured above is a scene from Halo:Reach. If you ever played it, you’re aware of the sheer cinematic scope of that epic FPS. We’re not writing this to plug Halo:Reach (it’s old news anyway). The point we’re making is the NEA’s inclusion of video games (worded as “interactive games”) in its guidelines for 2012 endowments could not have come sooner.

Sims creator Will Wright was uh, right all along. Art, difficult to define as it is, is often the offshoot of a very basic function. He gave the example of literature, which evolved thousands of years ago from basic Sumerian accounting on clay tablets. Most of what passes for cultural diversion today follows the same trajectory. Video games too were born from incredibly simplistic computer programs, but look at the industry we have now. It’s changing the world and shaping the taste of generations.

Okay, to cut things short, the NEA has a deadline (September 11, 2011) for applications. So if any independent video game developers want government money and the accompanying glow of arthood, start preparing your stuff now.

Here’s a question for the reader (if anyone’s reading this): What is the most aesthetically riveting computer game you ever played?