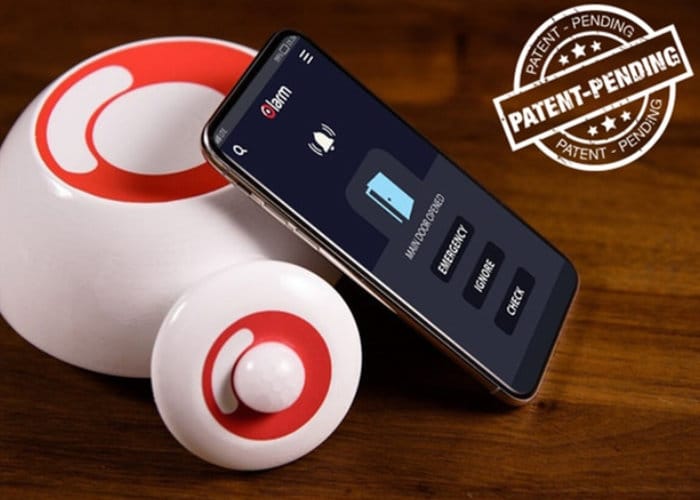 Olarm is a new smart home security system created by a team of developers based in San Diego, California to provide users with a next-generation complete home security system. Olarm is equipped with technology that is capable of learning your lifestyle habits and self arming if you are no longer in your property. “It’s time to ditch all the traditional ways of security and get up to speed with the latest home security system that promises to be your eyes and ears when you’re not around. “ watch the demonstration video below to learn more about the smart home security system which has now launched via Kickstarter to raise the required funds it needs to make the jump into production.

Pledges are available from $99 for super early bird backers offering a considerable saving off the recommended retail price of $230, which will take effect once the Kickstarter campaign concludes. The system consists of a Hub and connecting Sensors which are easy to install using sticky pads and require no wiring. “One sensor covers the whole room, each is equipped with a motion detector that can feel body heat using our advanced PIR technology, and it can also detect noise through a proprietary built-in microphone design.”

The Olarm sensor has been designed to detect motion regardless of available light. When your system is armed, the motion function is activated and can detect heat and movement in the surrounding areas, creating a “protective grid”. To learn more about the smart home security system jump over to the official Olarm crowdfunding campaign page by following the link below.