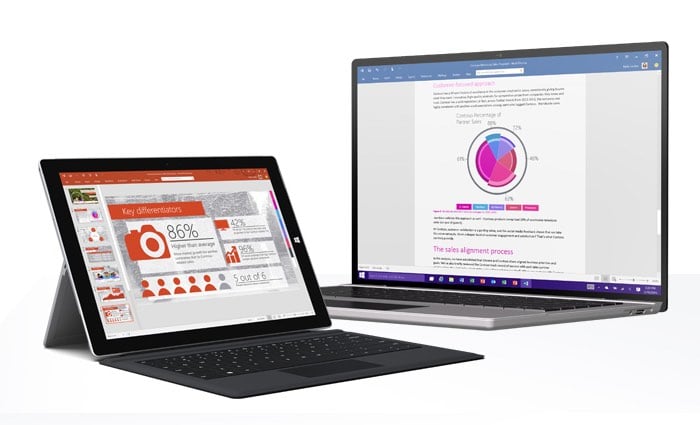 Today Microsoft has officially launched its new Office 2016 suite of applications for its new Windows 10 operating system. Taking the new Office 2016 software out of Preview and into a final release which is now available as either a standalone package or as part of an Office 365 subscription.

Features of the new Office 2016 applications include Skype integration as well as a wealth of new additions to help teams work more effectively and its now available to download as part of an Office 365 subscription.

It’s important to give people choice. Some people want the features you get in a native client, others want the flexibility of the cloud. Many like to use the two in combination. So we see a future for both products. Office 2016 works best when the cloud features are behind it too.

You can still buy the standalone product, you don’t have to have a subscription, though we do believe a subscription offers the best value. Collaboration is not just limited to within businesses. Even if you’re a sole trader you can collaborate with clients and customers using the advanced features in Office 2016.

For more information on the new Office 2016 and Office 365 subscription jump over to the official Office website for details.