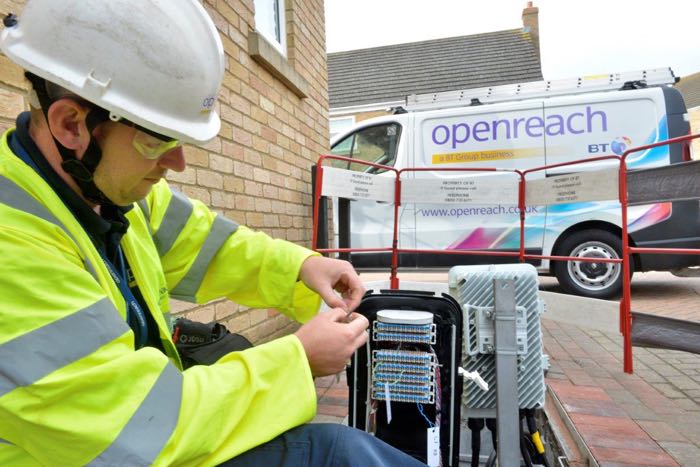 Ofcom have been deliberating on whether BT Openreach should be spun out of BT as a separate company, the regulator has now made its decision and for now, Openreach will remain part of BT.

The regulator has announced that BT must open up its network and also reform Openreach so it can better service businesses and customers in the UK.

This is great news for competing companies as Openreach will now have to open up its network of underground tunnels and telegraph poles to allow its competitors to build their own fibre networks using the Openreach infrastructure.

Ofcom is today announcing a new strategy to promote large-scale roll-out of new ultrafast broadband networks, based on cable and fibre lines, as an alternative to the partly copper-based technologies currently being planned by BT.

Supporting investment by rival providers will reduce the country’s reliance on Openreach, and increase competitive pressure on its network.

To help bring this about, Openreach will be required to open up its telegraph poles and ‘ducts’ – the small, underground tunnels that carry telecoms lines. Using these, rival providers will be able to build their own fibre networks, connected directly to homes and offices.

Openreach has had a monopoly on its network in the UK, these changes should allow for greater competition in the UK broadband market, which is great for consumers.