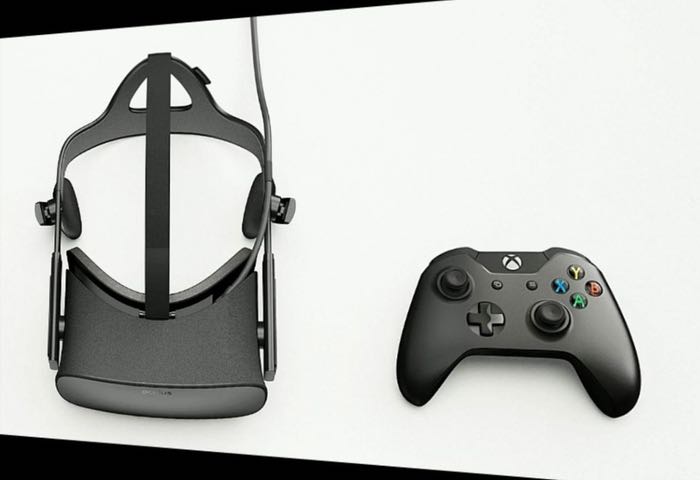 Earlier today Oculus VR unveiled their new consumer Oculus Rift virtual reality headset as well as unveiling the new Oculus Touch controllers and surprisingly that the VR headset will come bundled with an Xbox One controller.

Microsoft explains that the best operating system to use the Rift with will be their new Windows 10, that is launching later this year and is already available as a preview.
Xbox One games will also be supported by the Oculus Rift allowing gamers to enjoy Halo, Forza, Sunset Overdrive and more, on their personal virtual reality cinema screen. Microsoft explains :

“Windows 10 is the best platform for playing games on the Oculus Rift. The Rift will work natively with Windows 10 to make it easy to set up, jump in, and have an incredible VR gaming experience. Combined with Direct12 technology that unlocks the full capabilities of new Windows 10 graphics hardware, made-for-VR games on Windows 10 will have the fastest frame rates and top performance.”

In the video below Major Nelson talks with CVP of Next Gen Experiences, Kudo Tsunoda about the Microsoft and Oculus partnership. Quickly discussing what this partnership means for gamers, and his vision for gaming across devices.