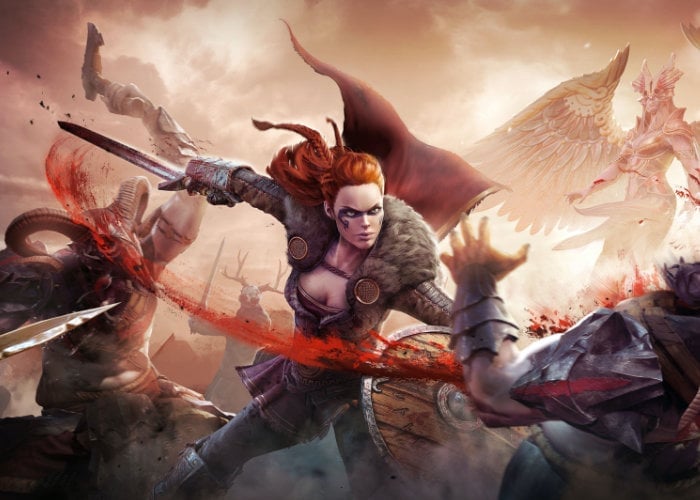 Facebook and Oculus have this week announced the acquisition of the game studio Sanzaru Games, responsible for creating games such as Ripcoil, VR Sports Challenge, MARVEL Powers United VR and the excellent Asgard’s Wrath. Within Asgard’s Wrath players take on the gods in the virtual reality role-playing game.

“VR is home to many remarkable developers doing incredible work, pioneering a whole new language of game design, and pushing themselves to always achieve more. Sanzaru Games was one of the earliest development houses to take these steps, and, just a few months ago, we saw the state of VR gaming make a huge leap forward with the launch of Asgard’s Wrath, a title that redefined what a full-length, fully-featured VR game looks like. Today, I’m pleased to announce that Sanzaru is joining Facebook to help us pursue a future of rich, immersive, and original VR game content.

Sanzaru is a veteran game developer—having shipped titles to multiple platforms in the past—as well as a VR pioneer: They’ve created four titles for the Oculus Platform since 2016, when they were the first developer to partner with the Oculus Studios team. They approach game design with three pillars in mind: great design, beautiful art (including animation and audio), and strong tech. It is this foundation that enabled Sanzaru to build a game as rich as Asgard’s Wrath, and it’s a strong foundation they will continue to build upon as we all push VR forward.

As part of Oculus Studios and supported by our latest advancements in VR technology, Sanzaru will continue to make amazing VR game experiences for gamers around the world as an independently-operated studio. We couldn’t be more excited to see what they build next.”

For more details on what Facebook has planned for the Sanzaru Games team jump over to the official Oculus blog.