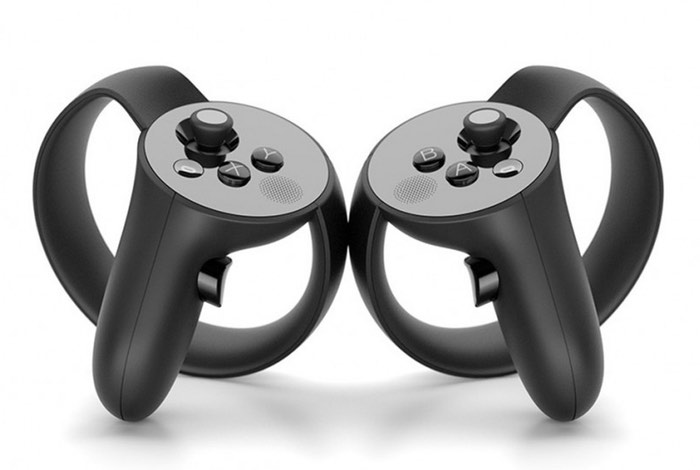 With the release of the latest Oculus PC SDK 1.6 this week, Oculus has revealed more details about their new Oculus Touch virtual reality controllers which are currently under development and are expected to be made available for consumers before the end of the year.

Even though the Oculus Rift headset is now available to purchase, the system still relies on navigating via apps and games using a not so great console controller rather than any specific VR control system.

Oculus is hoping to correct this very soon and will release its new VR Oculus Touch controllers equipped with a number of new features such as a haptic feedback and buttons :

As soon as more details about pricing and availability are announced by Oculus we will keep you up-to-date as always. But for now for full specifications and details on the available Rift VR headset which is now shipping within 3 to 5 days rather than months jump over to the official Oculus website via the link below.