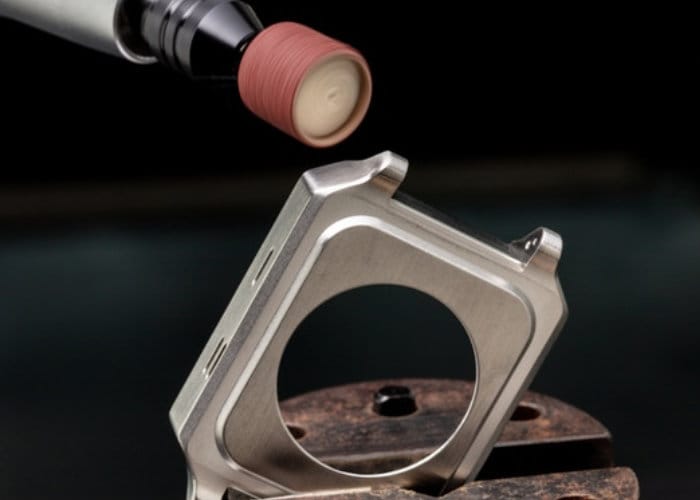 If your Apple Watch needs a little extra protection you may be interested in a new Apple Watch case inspired by Swiss designed and created by Kraftek. The Octa Apple Watch case house this week launched via Kickstarter and has already raised double its required pledge goal thanks to over 115 backers. Watch the demonstration video below to learn more about the Apple Watch case which supports both the second and third generation 42mm smartwatches.

Pledges are now available from $149 or roughly £116 for early bird backers with worldwide delivery expected to take place during October 2018. Octa is made of 316L stainless steel to give you a “stylishly metallic feel ideal for all occasions”. For full specifications and a full list of all available pledges jump over to the official Kickstarter crowdfunding campaign page by following the link below.

“We love the Apple Watch. Part of the reason that makes it great is its sporty appearance and lively interface. But the design of Apple Watch from series 1 to 3 remained unchanged. Users don’t have a way to bring a touch of exclusivity and luxury to the watch with any available accessories in the market. Is there a solution? After spending more than a year working on 35+ design iterations and 6 prototypes, we’re finally ready to introduce Octa. Every detail is engineered with purpose and precision.”