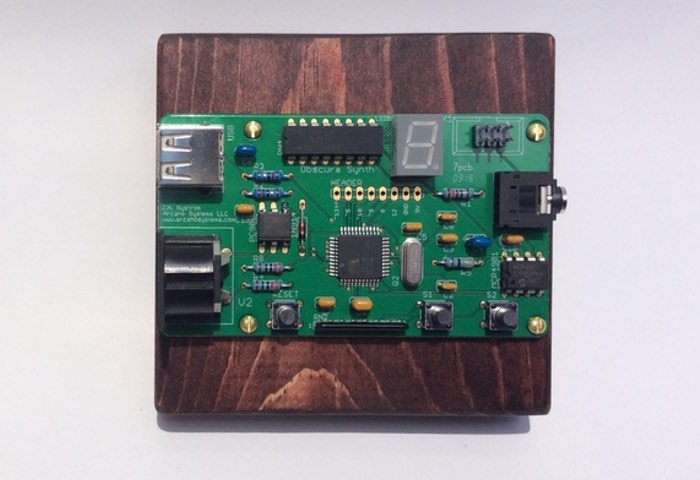 Arcano Systems has once again this week taken to the Kickstarter crowdfunding website to launch their new Obscura 8-bit Chiptune Synth 2. Which has been specifically designed to aid with the creation of classic video game tunes, reminiscent of the 1980s.

The tiny MIDI synth is capable of emulating Nintendo NES, Famicom and C64 sounds allowing you to include them into your latest musical creations and applications.

Check out the promotional video below to learn more about the features and functionality of the Obscura 8-bit Chiptune Synth 2 MIDI synthesiser which is a successor to the Obscura MIDI 8-bit NES and C64 Chiptune Synthesiser launched on Kickstarter last year.

No programming is required and there is no software to install. Simply connect a MIDI controller to create your own original chiptunes or play your favorite retro video game theme tunes live. This monophonic music synthesizer features several improvements on the original including:

For more information on the new Obscura 8-bit Chiptune Synth 2 jump over to the Kickstarter website for full specifications and to make a pledge for early bird backers from just $80, by following the link below.