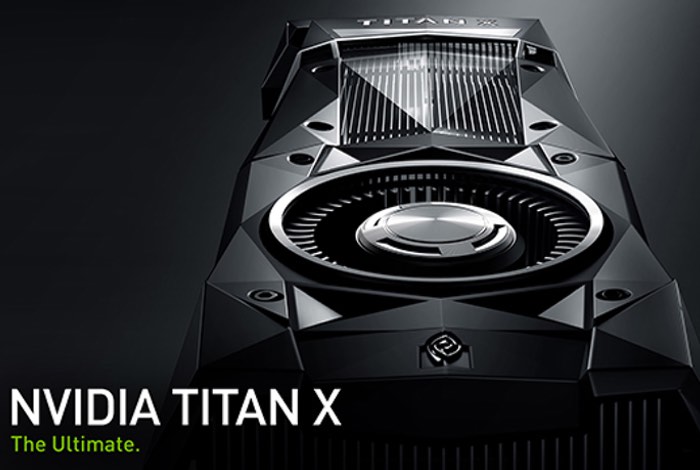 NVIDIA has today unveiled their new TITAN X graphics card powered by the NVIDIA Pascal architecture which will be available early next month on August 2nd, 2016.

The powerful 12GB NVIDIA TITAN X graphics card offers 11 TFLOPS of power, 3584 CUDA Cores, 12GB of 10Gbps GDDR5X VRAM, a 384-bit Memory Interface, 480 GB/sec of Memory Bandwidth and is capable of being boosted to 1.5GHz out of the box.

The NVIDIA TITAN X is also equipped with heat dissipation vapor chamber cooling technology and is being marketed by NVIDIA as the world’s ultimate graphics card. Check out the video below to learn more about the latest addition to their range that is capable of providing up to 3 times the performance of previous generation graphics cards.

For more information on the new NVIDIA TITAN X jump over to the NVIDIA website for details by following the link below.