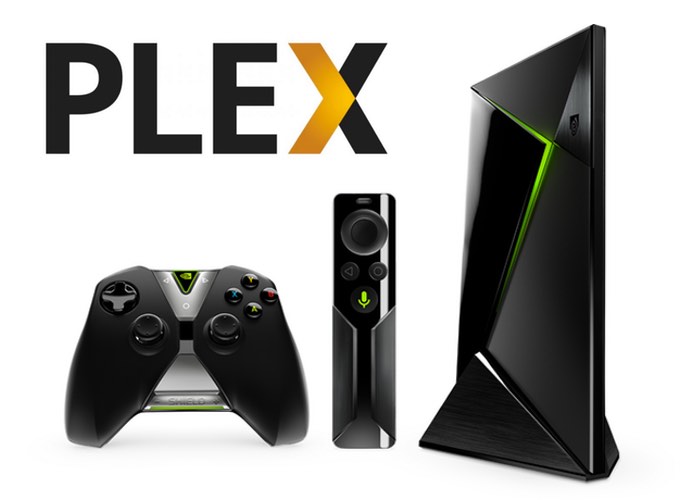 Plex and NVIDIA have been working hard together over the past months and NVIDIA will soon be releasing a new firmware update, scheduled for rollout later this month which will bring with it the required software to transform your NVIDIA Shield hardware into a stand-alone Plex media server.

Once the new NVIDIA Shield firmware is installed the software that makes the media server run will be updated over the air. Allowing users to enjoy the Plex media player and software suite that has been specifically designed for large screen TV and displays.

Plex allows users to play and manage music photos, and videos from a local or remote computer or your NVIDIA Shield running Plex Media Server. Plex explains more about the integration with the NVIDIA console :

As you might know, we’ve had a lovely Android TV app for quite some time now, and it’s getting better all the time. But the NVIDIA SHIELD, with its 64-bit CPU and massive GPU, allows us to make it extra special by letting you run the entire Plex Media Server directly on the device!

You read that right: the SHIELD is so powerful that it can not only run our Android TV interface better than just about anything out there, it can also run the full media server, including support for hardware-accelerated video transcoding (H.264, MPEG2 and HEVC)! With multiple simultaneous streams! As for storage, you get up to 500GB right on the SHIELD, and you can easily add more via USB or over the network.

The 500GB NVIDIA SHIELD Pro is really the first all-in-one Plex box that combines the power of the Media Server with awesome media playback capabilities. Did we mention it supports 4K video @ 60fps?

For more information on the new Plex integration with the NVIDIA Shield hardware jump over to the official Plex press release website for details by following the link below.