NVIDIA recently announced that they would be putting the NVIDIA Project Shield up for pre-order from today, the 20th of May, we it looks like the company decided to make the device available to pre-order a little early and it has been available over the weekend.

The NVIDIA Project Shield will retail for $349 and it is now available to pre-order from a number of retailers, the list includes Gamestop, Newegg, Micro Center and Canada Computers. 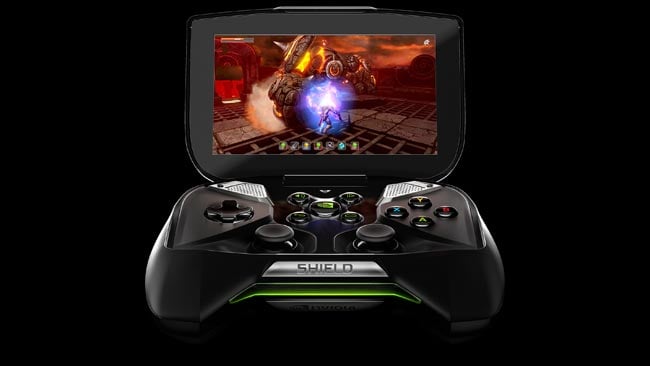 The NVIDIA Project Shield is powered by a NVIDIA Tegra 4 processor, and the console also features 2GB of RAM and a console grade controller with dual analog joysticks, a full-sized D-Pad, left and right analog triggers, full-sized bumpers and A/B/X/Y buttons.

Other specifications on this handheld gaming console include a 5 inch HD display with a resolution of 1280 x 720 pixels, the device also features 802.11n Wifi, plus 16GB of storage, GPS, mini HDMI, Bluetooth 3.0, a microSD card slot, micro USB 2.0 and a 3.5mm headphone jack.

The NVIDIA Project Shield will come with Android Jelly Bean when the console launches next month, this will be a stock version of Android Jelly Bean, as soon as we get some more details on the exact launch date we will let you guys know.