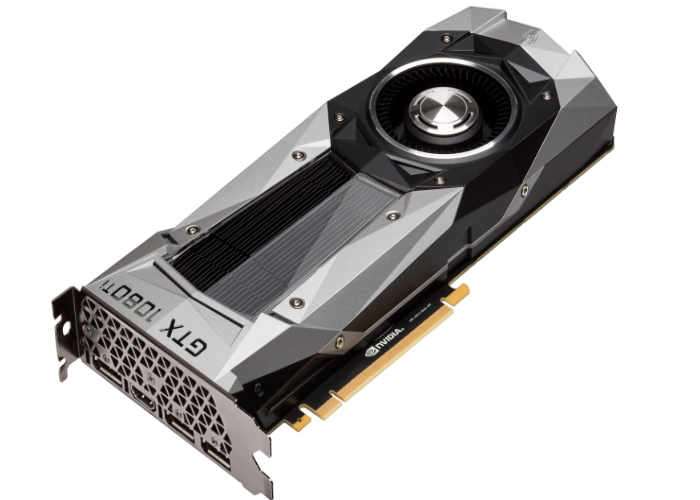 NVIDIA have today unveiled a new addition to their range of graphics cards with the launch of the new GeForce GTX 1080 Ti graphics card which is the fastest consumer graphics card based on the “Pascal” GPU architecture.

When compared to the likes of the TITAN X Pascal graphics card the new GeForce GTX 1080 Ti is slightly more affordable and is priced at $699 and will be available to purchase later this week.

The GeForce GTX 1080 Ti is based on the same “GP102” silicon as the TITAN X Pascal, the GTX 1080 Ti is slightly cut-down but offers the same 3,584 CUDA cores. Together with a slightly lower memory of 11 GB and a slightly narrower 352-bit with GDDR5X memory interface combined with the new memory chips providing a bandwidth of 484 GB/s.

Besides the narrower 352-bit memory bus, the ROP count is lowered to 88 (from 96 on the TITAN X Pascal), while the TMU count is unchanged from 224. The GPU core is clocked at a boost frequency of up to 1.60 GHz, with the ability to overclock beyond the 2.00 GHz mark. It gets better: the GTX 1080 Ti features certain memory advancements not found on other “Pascal” based graphics cards: a newer memory chip and optimized memory interface, that’s running at 11 Gbps. NVIDIA’s Tiled Rendering Technology has also been finally announced publicly; a feature NVIDIA has been hiding from its consumers since the GeForce “Maxwell” architecture, it is one of the secret sauces that enable NVIDIA’s lead.

for more details and specifications jump over to the Tech Power Up website via the link below.