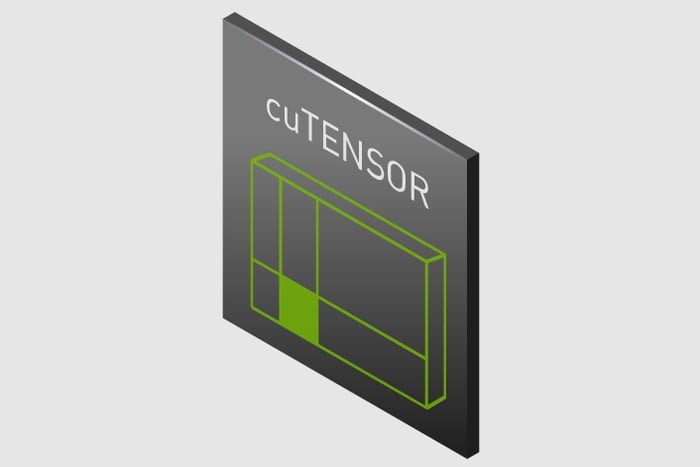 NVIDIA has this week announced the availability of its cuTENSOR v1.4, which now supports up to 64-dimensional tensors, distributed multi-GPU tensor operations, and helps improve tensor contraction performance models. The cuTENSOR v1.4 software is now available to download for free allowing you to check out its capabilities. cuTENSOR is a high-performance CUDA library for tensor primitives and its features include Extensive mixed-precision support for
FP64 inputs with FP32 compute, FP32 inputs with FP16, BF16, or TF32 compute, Complex-times-real operations and Conjugate (without transpose) support.