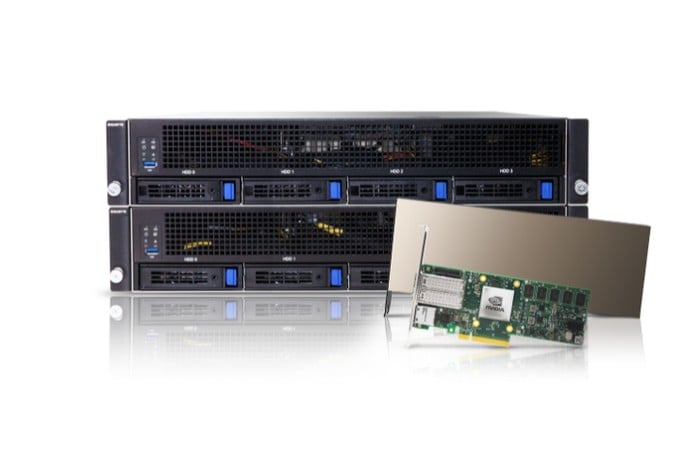 The NVIDIA Arm HPC Developer Kit is based on the GIGABYTE G242-P32 2U server. It includes an Arm CPU, two A100 GPUs, two NVIDIA BlueField-2 data processing units (DPUs), and the NVIDIA HPC SDK suite of tools, jump over to the official NVIDIA developer website for more information.

“As part of our 2023 HPE/NVIDIA system, which will utilize NVIDIA’s Grace Arm-based CPU, Los Alamos has been working with the Arm ecosystem software and hardware. With that in mind, we have already deployed early development test systems where we see good success migrating and developing new codes. One such code, which we are actively codesigning both HW and SW, is an astrophysics code-named Phoebus.” – Steve Poole, Chief Architect at LANL.”

The kit includes an Arm CPU, an NVIDIA A100 Tensor Core GPU server, and the NVIDIA HPC SDK suite of tools

“The University of Leicester, thanks to the contribution of the ExCALIBUR Hardware and Enabling Software Programme and STFC DiRAC HPC facility, has recently completed the deployment of 4x NVIDIA Arm HPC Developer Kit accessible by all UK developers interested in testing, porting, and optimizing strategic UK applications on NVIDIA Ampere Architecture Computing Altra CPU and NVIDIA A100 GPU.”