A team at altLab in Lisbon have used a number of sensors and a little Arduino wizardry to create a very unique kind of hat which is capable of measuring the discomfort level you are currently under, whilst eating taco’s.

The helmet measures your discomfort by measuring your perspiration, temperature, and the rate at which you drink down fire quenching liquid provided by the two helmet-mounted bottles filled with a mix of water and yogurt. Watch the video after the jump to see it in action. 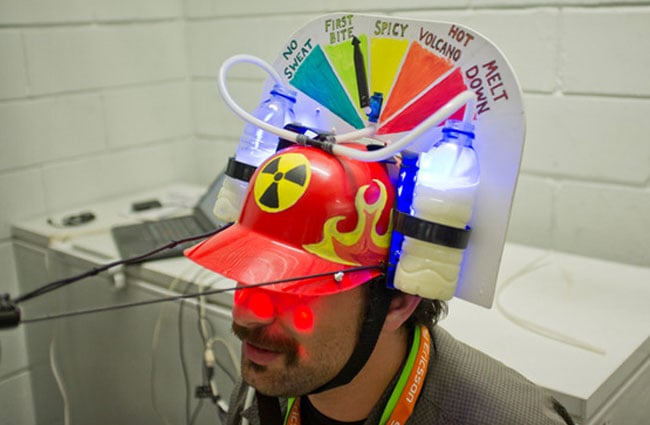 On the front of the helmet is a web camera which records every second of your discomfort.  Inspiration for the device and gameshow came from a fiery eating contest at last year CodeBits conference and a couple of the great Japanese game shows, and it won first place in the 2011 CodeBits 48-hour hacking competition.