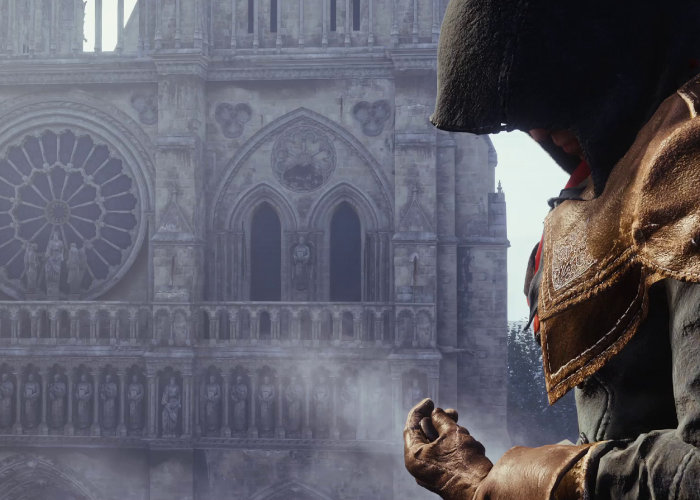 Ubisoft has pledged €500,000 to help restore the fire damaged Notre Dame in Paris which this week suffered a catastrophic fire that engulfed the cathedral. The fire burned for several hours, destroying the 850-year-old cathedral’s iconic spire and roof before firefighters contained the blaze early Tuesday morning.

Ubisoft is also made available Assassin’s Creed Unity for PC which is now available to download via your UPlay account until April 25th. The WCCFTech explains : “Assassin’s Creed Unity is one of the most detailed recreations of a real-world building ever made. The speculation is it may be used as a tool in the rebuilding process.”

“We stand in solidarité with our fellow Parisians and everyone around the world moved by the devastation the fire caused. Notre Dame is an integral part of Paris, a city to which we are deeply connected. Seeing the monument in peril like this affected us all. In light of Monday’s events, we will be donating €500,000 to help with the restoration and reconstruction of the Cathedral.”

“Paris, 1789. The French Revolution turns a once-magnificent city into a place of terror and chaos. Its cobblestoned streets run red with the blood of commoners who dare to rise up against an oppressive aristocracy. Yet as the nation tears itself apart, a young man named Arno will embark upon an extraordinary journey to expose the true powers behind the Revolution. His pursuit will throw him into the middle of a ruthless struggle for the fate of a nation, and transform him into a true Master Assassin. Introducing Assassin’s Creed Unity, the blockbuster franchise’s new chapter powered by the all new Anvil engine, rebuilt from the ground up for new gen. From the storming of the Bastille to the execution of King Louis XVI, experience the French Revolution as never before – and help the people of France carve an entirely new destiny.”