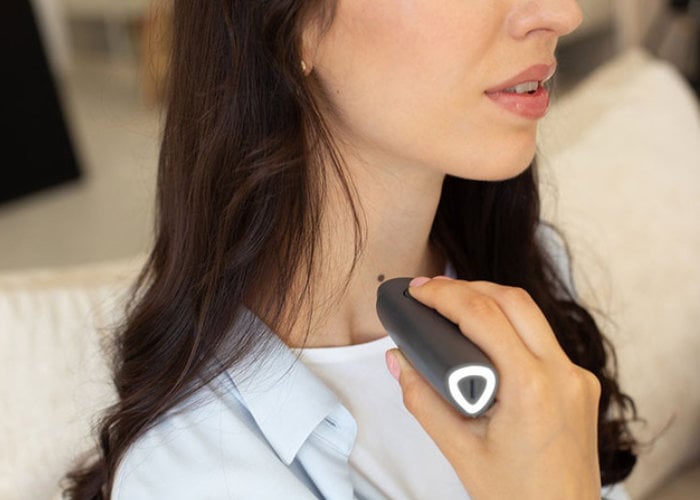 Tracking changes to moles on your skin can be tricky but one solution aptly named the NOTA Mole Tracker, offers a “major breakthrough in scientific research” allowing you to measure the impedance of your moles directly from your home. The process is as easy as taking your temperature and the system comes complete with its own companion smart phone application enabling you to easily track any changes and take measures when required.

Launched by Kickstarter this month the campaign has already raised over twice its required pledge goal with still 42 days remaining. Early bird pledges are available from $269 or roughly £207, offering a 32% saving of the estimated recommended retail price of $400. Watch the demonstration video below to learn more about how easily you contract your skin and moles. 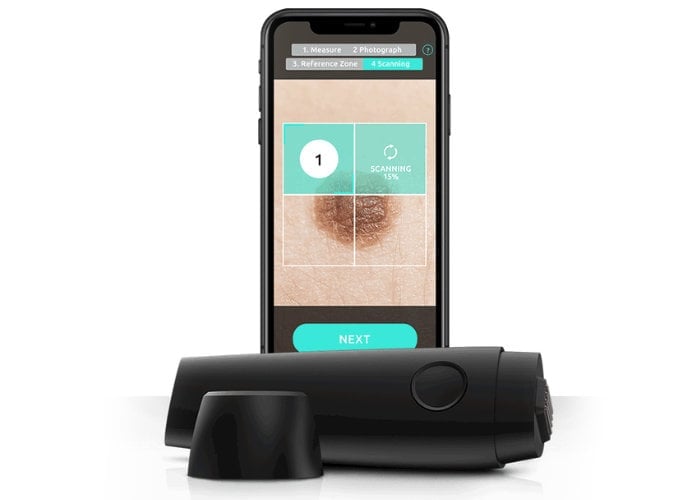 “We’d like to introduce you to NOTA – a surprisingly effective app-powered mole tracker. NOTA works by measuring the electrical impedance of moles on your skin. It is actually a little known fact that moles and tumors have a very different electrical impedance – this is what allows NOTA to work, and track changes in your body over time.”

“Those moles that show up after sunbathing, start itching, or have grown and/or changed color should be taken seriously and checked. Besides the electrical impedance, moles and melanoma have several notable differences. Moles (or the medical term: Nevi) are pigmented skin formations that vary in color and can be brown, black, red, or purple (though rarely more than one color).”