The much-rumored Nokia Windows RT Tablet codenamed “Sirius” has passed Bluetooth certification with a model number RM-114. The tablet was also spotted on GFX Benchmarks with a codenamed RX-114 confirming the name of the tablet as “Sirius” as well as its processor. The folks at AdDuplex also spotted the same model number as GFXBench in its logs – RX-114. 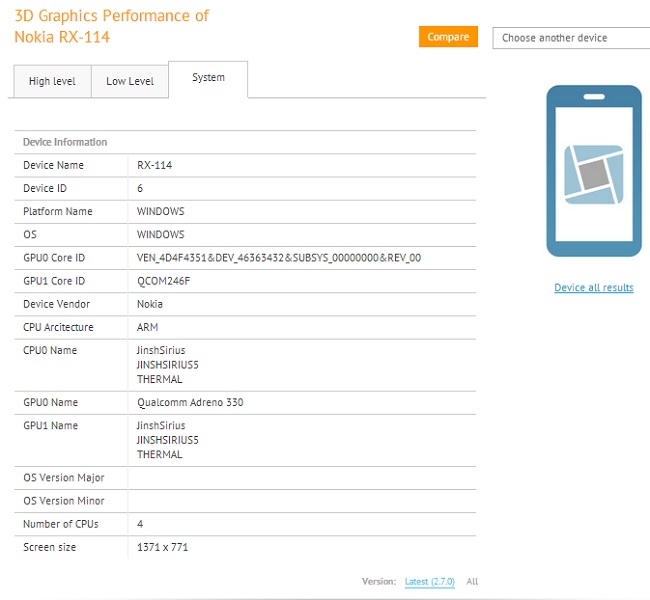 In the past, we’ve seen a number of rumors suggesting that the tablet is codenamed Sirius, which also appears on GFX Bench as “Jinsh Sirius”. The GFXBench results also shows Adreno 330 GPU, which confirms that the Sirius tablet will be powered by a quad-core Snapdragon 800 SoC. 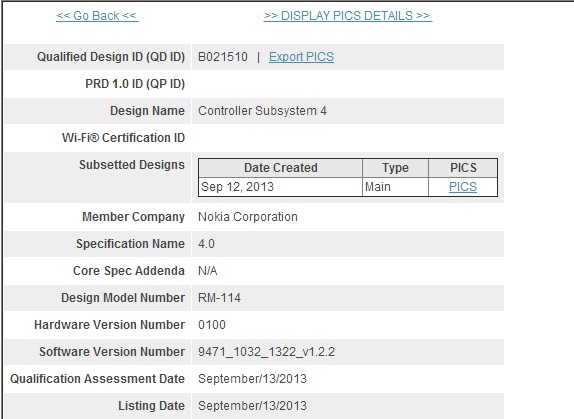 We’ve seen the tablet with a Verizon logo as well as the unofficial render of the tablet that hit the internet last week. Based on rumors, Nokia Sirius tablet is expected to bring a 10.1-inch display with 1080p resolution (although the GFXBench results show 1371 x 771, but we hope that’s not the case), 2GB RAM, 6MP rear camera and 2MP front camera, and will run Windows RT. On the storage side, the tablet will be available with 32GB internal storage with a microSD card slot. The battery of the tablet is expected to last for 10 hours and will also feature 4G LTE connectivity.

The tablet is expected to see the daylight on September 26th, as rumored before. Earlier leaks suggested that it will launch alongside the 6-inch Bandit phablet, but it seems the launch date of the phablet is pushed back to October 22nd.