Earlier this week, it was reported that Nokia Lumia 1520 can be pre-ordered in Europe for 699 Euros. People residing in Switzerland can also pre-order Nokia’s flagship phablet for 849 Swiss Francs (almost equals $950) from Digitec.ch, a Swiss retailer. The handset is expected to hit the UK and the US next month. In the US, the handset will be exclusively available from AT&T. The official price without carrier subsidies and taxes amounts to $749, which can also vary depending on region. 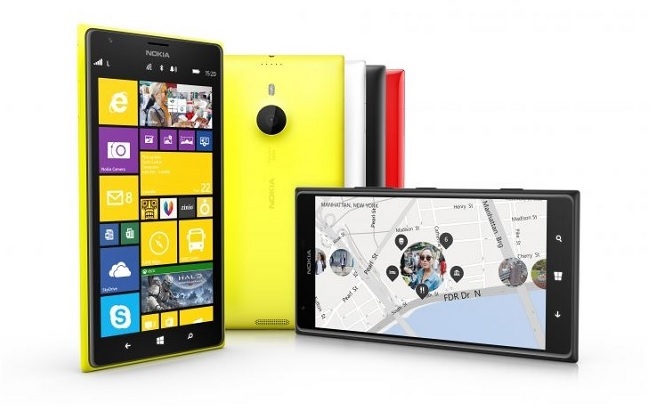 In case you forgot, Nokia Lumia 1520 comes with a gigantic 6-inch full HD display boasting a resolution of 1920 by 1080 pixels, it’s powered by a quad-core Snapdragon 800 CPU with a clock speed of 2.2GHz and  Adreno 330 GPU. The handset comes with 2Gb RAM, 32GB internal storage with expandable memory of up to 64GB and 7GB free SkyDrive storage, a massive 3,400 mAh battery and runs Windows Phone 8 Update 3 out of the box. 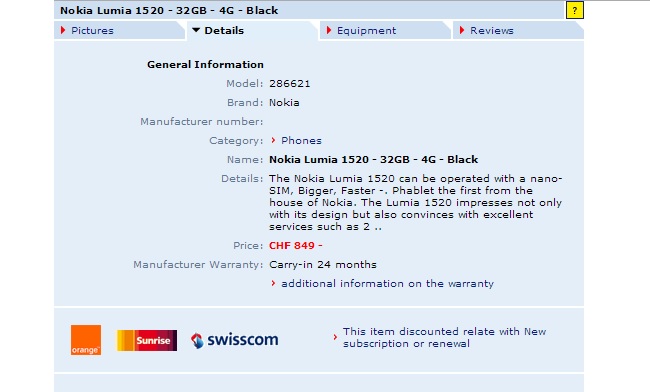 In addition, the handset comes with an impressive 20MP with PureView technology and optical image stabilization. The handset comes with Nokia Camera application that combines the power of Nokia Por Cam and Smart camera. On the connectivity side, the handset features WLAN a/b/g/n/ac, μUSB, BT 4.0 LE, Accelerometer, Proximity sensor, Magnetometer, Gyroscope and Ambient Light Sensor.

Digitec.ch is offering the handset in all four colors including red, white, yellow and red with an expected shipment date at the end of November.