The new Nokia Lumia 1520 price for the US will be $749 this was announced at the Nokia event the other day, and works out at around 542 Euros at the current exchange rate.

Now a European retailer has listed the Nokia Lumia 1520 on their website priced at 699 Euros, which is around $966, the company is taking pre-orders on the handset which will launch next month. 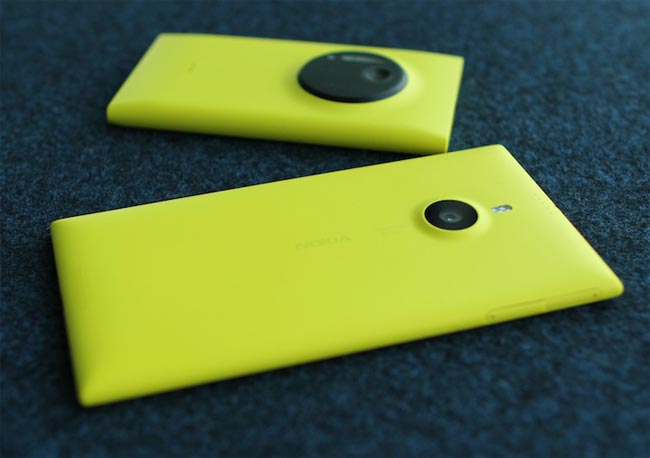 The Nokia Lumia 1520 is Nokia’s first Windows Phone Phablet, the handset comes with a 6 inch full HD display that is equipped with a resolution of 1920 x 1080 pixels.

The handset is powered by a quad core 2.2GHz Qualcomm Snapdragon 800 processor and also comes with 2GB of RAM, plus an Adreno 330 GPU and 32GB of built in storage. 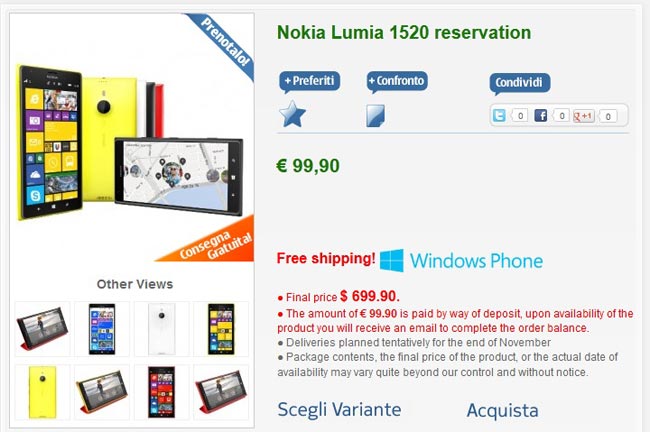 If 32GB of storage is not enough for you needs, the handset also features a microSD card slot that can take up to 32GB cards, the device also comes with a 20 megapixel Nokia PureView camera with Car Zeiss optics.

It is not clear as yet on whether this 699 Euro price listed on the retailers website as an official Nokia price, as soon as we get some confirmation from Nokia on how much the Nokia Lumia 1520 will retail for in Europe we will let you guys know.