The Finns unveiled their long-rumored phablet Nokia Lumia 1520 as well as the affordable Nokia Lumia 1320 earlier this week in Abu Dhabi. The phablet costs $339 without contract with the launch date expected to be in the first quarter of 2014.

Now, a European retailer is taking pre-orders for Nokia Lumia 1320 and priced the phablet at a whopping 399 Euros, which almost equals to $550. 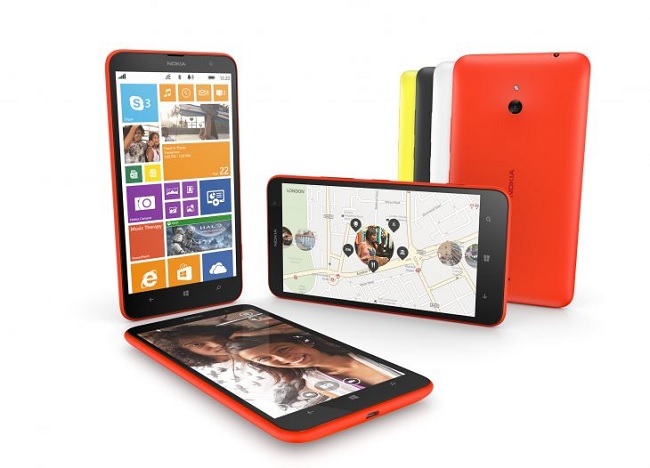 The folks at Notebooksbillinger.de are taking pre-orders for the device for 399.99 Euros, which is more than $200 higher than its official price. Unfortunately, the retailer didn’t mention any exact shipping date, but it should hit the shelves early 2014. Once its available in the market, we expect the price to come down and close to the official price.

The handset can be considered a budget-friendly Lumia 1520 with scaled down specifications. Nokia Lumia 1320 features a gigantic 6-inch display boasting a resolution of 1280 x 720 pixels and is powered by a dual-core Snapdragon 400 processor clocked at 1.7GHz with 1GB RAM.

On the storage side, the phablet comes with 8GB internal memory and a microSD card slot that supports up to 64GB. In addition, customers also get free 7GB SkyDrive storage when they purchase a Nokia Lumia 1320. Other features include a 5MP back camera, a massive 3,400 mAh battery, 4G LTE, WiFi, Bluetooth and runs Windows Phone 8 update 3 out of the box.