Nokia has been holding its Nokia World event in London over the last couple of days. Smartphone maker HTC is holding a special event in  London today where it will unveil a range of new smartphones. 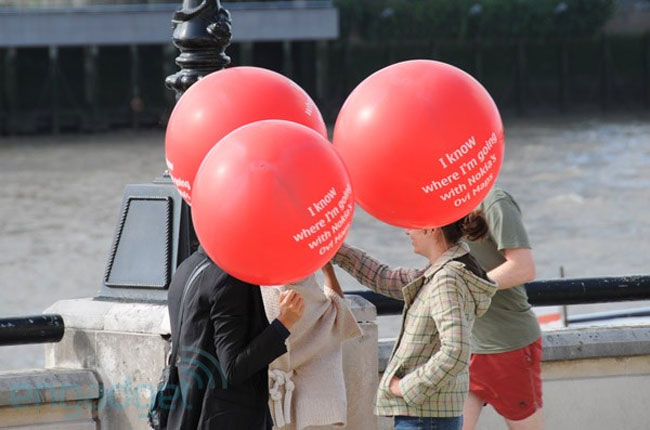 We will have more details on what HTC are announcing a bit later, in the meantime you can check out the tasteful balloons from Nokia.