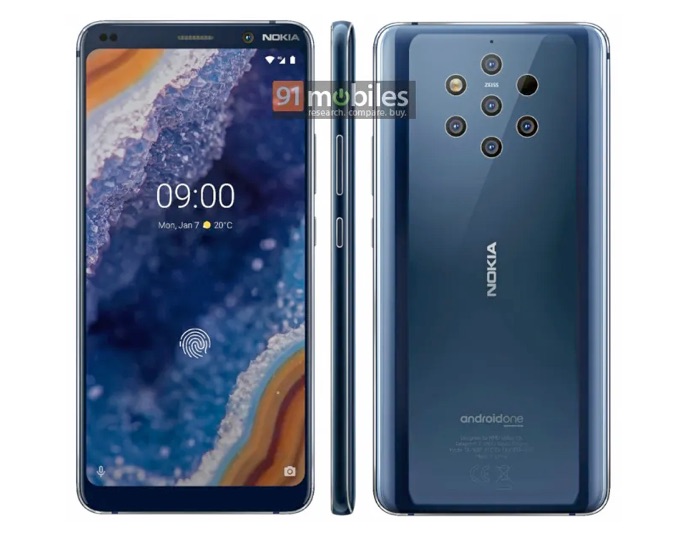 We have already seen some photos of the prototype versions of the Nokia 9 PureView and now some press renders  of the handset have been leaked.

The new Nokia 9 PureView will be made official at Nokia’s Mobile World Congress press conference later this month.

The handset is rumored to come with a 5.99 inch display with a QHD+ resolution and 6GB or 8GB of RAM and 128GB of storage and a microSD card slot, it will also come with five rear cameras as can be seen in the picture above.

The cameras are said to include two 16 megapixel cameras, and 8 megapixel and a 5 megapixel camera, no details on the fifth camera as yet. The handset will be powered by a Qualcomm Snapdragon 845 processor.

We will have more information about Nokia’s new flagship Android smartphone when it is made official later this month.