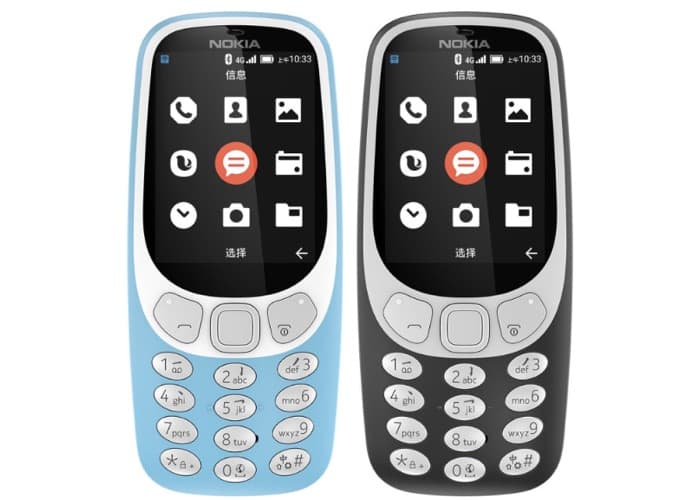 The Nokia 3310 was launched at Mobile World Congress last year, it came with 2G and then a 3G model launched. Now a new version of the handset is launching in China, the Nokia 3310 4G.

The new handset comes with a 2.4 inch display that has a resolution of 320 x 240 pixels, the device comes with 256 MB or 512MB of built in storage. There is also a microSD card slot which takes up to a 64GB card.

The device comes with YunOS and it features a 2 megapixel camera with an LED flash, there is also WiFi, Bluetooth and 4G LTE.

The handset is being sold exclusively through China Mobile in China and it will come in a choice of colors which include black and blue. As yet there are no details on whether the 4G LTE version of the Nokia 3310 will launch outside of China. We should have more information about this at Mobile World Congress next month.