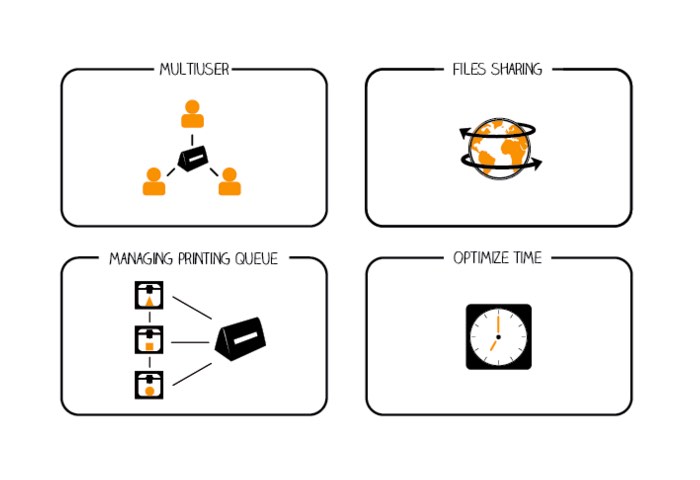 Those of you lucky enough to own a 3D printer may be interested in a new 3D printing personal assistant that has been created by Kentstrapper and has been designed to provide an easy way to connect to your 3D printer and solve a number of common issues.

The system has been named Noah and is capable of slicing any object that is sent to it and converting files which are then automatically placed in a printing queue which is controlled by Noah. 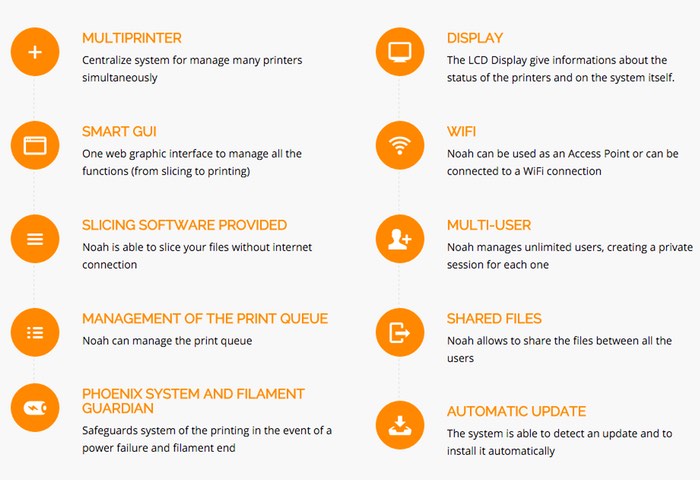 Noah is also able to control multiple 3D printers that are based on Marlin, Splinter and Repetier firmware, watch the video below to learn more promise developers who explain more about the inspiration behind Noah :

The idea of Noah comes from an analysis of the problems both encountered by us and reported by users.The printing process often is stopped by filament break or interruption, or by current fault. Noah is a small device that manages all these troubles and allows you to control the 3d printing process from distance by interfacing with any 3d printer model.

The slicing process is easier because Noah does it internally without the use of an external cloud or software. The converted files are automatically inserted in a printing queue controlled directly by Noah. The device is accessible by a web graphic interface and it is equipped with wifi system to connect with smart sensors, projected by us, that send in real time the state and troubles of 3d printers, if there are any.

Noah can controls multiple 3d printers, without the use of SD-card or USB-key, based on Marlin, Splinter and Repetier firmware, regardless of hardware manufacturer. Others will be implemented soon.

Noah is currently over on the Kickstarter crowdfunding website and is available to back priced at €215 for the early bird starter kit which is available in limited quantities for the first 20 backers. For more information jump over to the Kickstarter website via the link below.