Whenever ‘mind-reading’ and certain vehicles are brought up, it always conjures nostalgic reminisces of the Craig Thomas-penned cult thriller Firefox. Forget the lame Clint Eastwood-starrer adaptation, Firefox was awesome. (Never heard of it? Try YouTube, it’s gotta be there.)

Anyway, news has just broken that the nerds over at Nissan are perfecting our mobile future. That’s right, ladies and gentlemen, a car that drives itself according to the passenger’s thoughts. 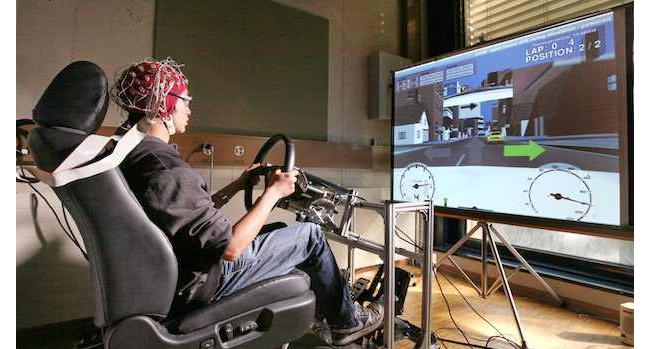 In short, a mind-reading car. Since this project is really ambitious, Nissan isn’t going it alone. The iconic carmaker has partnered with the Ecole Polytechnique in Switzerland and together, both strive for an effective car-based software that monitors minute cues from the person driving the car.

The technology itself isn’t that complex, it just needs tweaking. The key here is to develop a hyperfast statistical analysis AI that ‘reads’ physical cues from a person’s slight gestures and expressions.

Come to think of it, that does sound difficult. Oh well, judging by what this kind of research implies and emerging trends in car manufacturing, tomorrow’s private transport is going to end up a gigantic mass transit system where driver autonomy is limited. All hail the future.