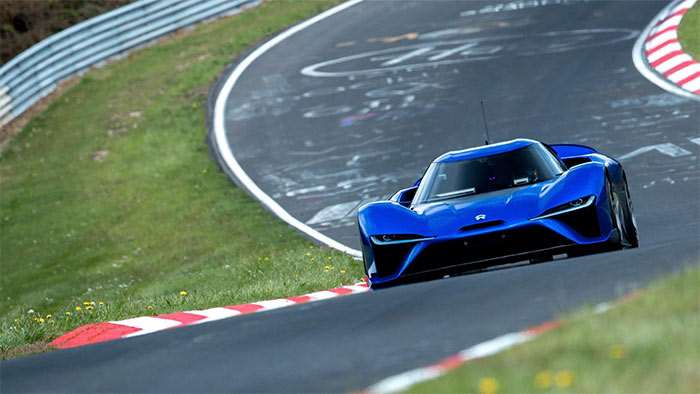 If you have never heard of the NIO EP9 you would be excused because it certainly isn’t a very well known super car. Rather than packing in some sort of massive engine, the EP9 is an electric supercar and it appears it is one very fast supercar. NIO says that the EP9 has broken the Nurburgring Nordschleife lap record going around the track in 6:45.900.

The EP9 as 1 MegaWatt of power making it equivalent to 1342 hp. The EV has a top speed of 194 mph and is able to go from a standstill to 124 mph in 7.1 seconds. This is a car that a few very well-heeled folks will be able to purchase.

NIO plans to produce a second batch of ten EP9 cars that will each be made to order. Pricing for the EP9 is set at $1.48 million. There is no word on how far the EP9 can drive per charge. Considering the Nurburgring is a 12.9 mile course and the car set a record, it can go at least that far at max velocities.