Those of you who have played Invizimals and have heard the rumblings about the Nintendo 3DS’ augmented reality capabilities will be thrilled to find out that Nintendo have indeed put two and two together and the resulting product makes a pretty strong showing.

A while ago, we had heard that the 3DS will be coming with six pack-in Augmented Reality cards and Nintendogs + Cats aims to make solid use of them by, as I understand it, allowing you to imbue the card of your choice with your personal pet and have it appear wherever you place said card. 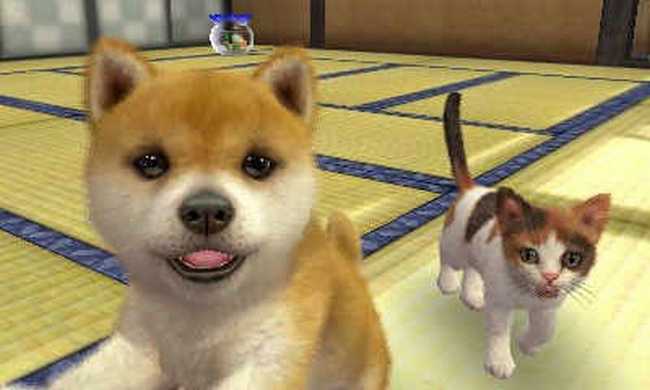 Just the fact that Nintendo is including the pack-in cards with its console is evidence enough that this won’t be the only first party effort we’ll see pushing this technology. The day when Goombas are waddling out from under your couch may not be as far away as you think.

Just to summarize, 3D, touchscreen and now Augmented Reality, seems like the 3DS is hitting the 80’s “technologies of the future” trifecta without breaking a sweat. And it’s all in the service of rendering an imaginary dog on your furniture. In 3D.