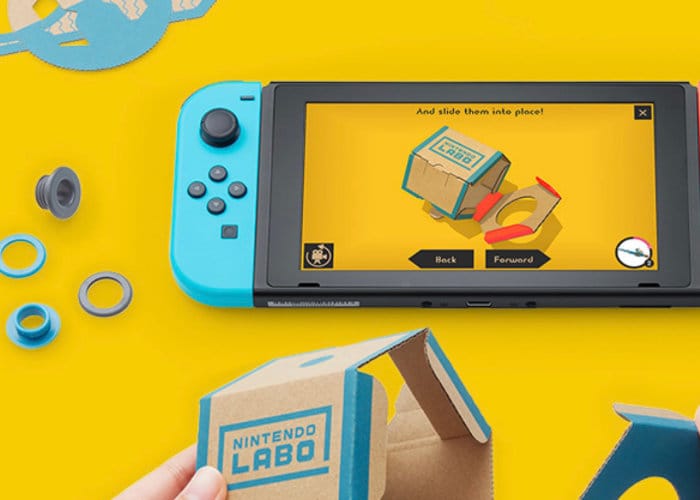 Nintendo Labo UK has published the first episode in their new Nintendo Labo instructional video series providing a demonstration the new Toy-Con Garage. Designed for use with the Nintendo Switch the Garage can be used to create a variety of different projects and also teach the basics of programming and coding. Watch the Toy-Con Garage Episode 1 embedded below to see for yourself. Nintendo writes “discover how you can invent all-new experiences and experiment with your existing Toy-Con creations with Nintendo Labo”

Nintendo Labo has been designed to enable children of all ages to discover new ways to play using DIY creations by building a cardboard fishing rod, piano and motorbike which can then be brought to life using the Nintendo Switch games console and its controllers.

In the meantime for more information on the Nintendo Labo development suite of projects jump over to the official Nintendo website by following the link below.