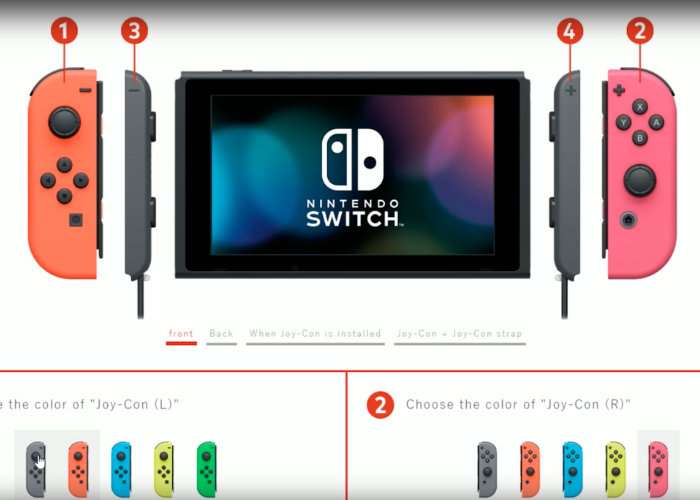 Nintendo has this week revealed a new colour customisation program the company will soon be launching in Japan, allowing gamers to customise the individual Nintendo Switch Joy-Con controllers to suit their own preferences.

The new service has been announced via a web page on the Japanese site offering potential buyers the ability to choose custom colour combination of the Joy-Con and Joy-Con straps. Watch the video below to learn more about the new service which will hopefully roll out further than Japan in the coming months.

Pre-orders in Japan for the colourful new additions will start on August 22nd from the official Nintendo webpage listed below and orders are expected to start rolling out during October 2017.

As soon as more details are announced about Nintendo making the new colour customisation service for its Switch console available outside of Japan we will keep you up-to-date as always.